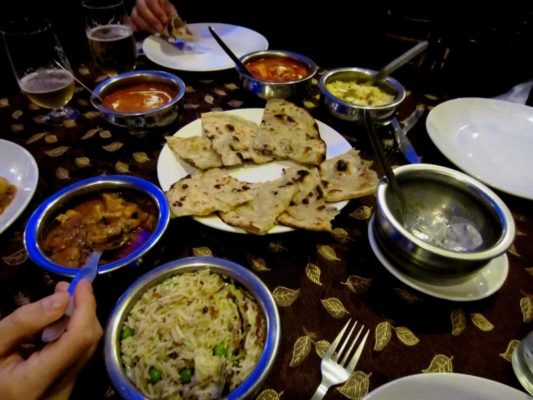 Uttar Pradesh, the largest state of the country has passed on a legacy of rich and lip-smacking recipes to the nation which leaves individuals satiated in full measure. The Uttar Pradesh cuisine which is as diverse as its topography is a result of the influences of varied cultures and rulers who ruled the state since ancient times. The wide variety and diversity in the taste, flavor, and mode of preparation are broadly distinguished by its distinct food zones with each having a specialty of its own.

Many of the Uttar Pradesh cuisines have been heavily influenced by the Mughlai cooking style alongside the Nawabi style of cooking. This has bestowed upon us food recipes that are endowed with some of the best flavors and royal ingredients. The origins of some of its food preparations are said to go way back to the times of Lord Krishna.

Contributions of Each Zone to the List of Uttar Pradesh Cuisine

The recipes originating from the Oudh region lean more towards meat-based dishes. The Shami Kebab, Biryani, Kulcha- Nihari, Kakori, and Boti are just to name a few items of the Awadhi cuisine that cannot be missed by any tourist visiting the region. The Vegetarian fare that is equally popular in the region includes the vegetable kofta varieties and the long list of its vegetarian kebabs.

Two fish preparations that are an absolute delight to any fish lover are the Zamindoz and Rampuri Rohu recipes; coming as they do from the Rampur region or the Western Uttar Pradesh region. The ingredients and the spices that go into the making of the food recipes here are very distinct from those used in the other regions of the state. Some of the most succulent kababs comprising the Shab Deg and the Pasanda Kabab are must taste dishes of this region.  Contributions from Eastern Uttar Pradesh to Uttar Pradesh cuisine include the famed Reshmi Kababs, Tehari, and Murg Masallam.

A generous platter of sweet delicacies on offer serves as fitting ends to a very tasty meal which is the best part of Uttar Pradesh Cuisine. The majority of its sweet preparations hail from the Mathura, Benaras, and Agra zone. The Petha, Rasmalai, Pedha, Khurchan, Lal Pedha, Jalebis, Rabdi, and the unforgettable Shahi Tukda plus many more have earned a name for themselves all over the world.

The favorite delicacies of Uttar Pradesh are nothing short of a rejuvenating experience for one’s taste buds. What else can one expect when most of the Uttar Pradesh cuisine has had its origins in the courts of royalty? Following is a short brief on some of the favorite dishes of the region.

Uttar Pradesh is synonymous with kebabs having given a host of kebab varieties to the country as well as the world over. Kakori kebab, Galawat kebab, Pasanda kebab, boti kebab and not to forget the famed Shami Kebab. One of the softest and succulent among the variety of kebabs, the Shami kebab has a legend behind its preparation. It was said to have been created for a toothless Lucknowi Nawab and that is the secret of its softness and lusciousness. Mashed meat mixed with lentils, chickpeas, and other favorite fillers along with requisite spices go into its preparation.

Koftas are prevalent in the vegetarian as well as in non-vegetarian fare. The Non-vegetarian fare is a combination of minced meatballs set in a spiced gravy of malai or cream. There are several vegetarian varieties of the koftas too like Malai koftas, Lauki Koftas, Shahi Aloo koftas, and more. The Nargisi Kofta is a tasty Mughlai dish prepared with boiled eggs that are coated with minced meat mixed with spices and deep-fried before letting them simmer in a thick, creamy gravy which is one of the best among Uttar Pradesh Cuisines. Koftas taste good with Basmati rice or varied Indian flatbreads.

Uttar Pradesh’s signature rice dish, the Tehari is a one-pot meal of rice, vegetables, and spices the taste of which lies somewhere between Pulav and Biryani. However, the main point of difference between the Tehari and the other two is its preparation in mustard oil and the inclusion of red chilies in the crushed form. An extra dash of turmeric lends it its yellow color. Other ingredients that get included in the Tehari depends upon the region.

Traditional Tehari is medley of rice, peas, potato, and sundried lentil paste, however, in Meerut it is common to add a small quantity of tur daal, carrot, and cauliflower to the Tehari. The Awadhi preparation includes kheema in it. Whatever be the added vegetables, the dish primarily gets its character from the spice paste, fried red chilies, turmeric and the taste of the mustard oil seasoning.

One of the most loved specialties of Uttar Pradesh, the Kashta Kachori Chaat is a tangy, tempting and very filling chaat preparation. It comprises of a puffed fried pastry that is stuffed with moong dal filling and is to be eaten with tomato, onion topping along with varied chutneys

One of the must-have sweet treats of Uttar Pradesh, this recipe comprises Jaangiri served on a bed of Rabri. The Imarti is quite similar in looks and taste to jalebi and forms an excellent Indian dessert when served with cold or warm Rabri garnished with ample nuts.

A popular sweet from Varanasi, Laung Lata is a rich dessert made on the occasion of birthdays, family gatherings or festivals. A crispy shell on the outside and a soft stuffing of nuts and khoya inside this sweet is an absolute delight to individuals who do not need to watch their weight. Made from all-purpose flour it is deep fried and put into thickened sugar syrup to soak. It is named Lavang because the stuffing within the dough pocket is held in place by a clove or a lavang.

A festival special, Gujiyas are sweet dumplings made from flour and stuffed with a rich mixture of khoya and dry fruits. The dumplings are deep-fried and then dipped in sugar syrup and are a common feature during the festival of Holi.  As you take a bite of its crisp outer covering the richness of its stuffing takes your taste buds to a journey of delight. It can be eaten at room temperature but there is nothing to beat the taste when eaten piping hot from the karai. Today, for the health conscious individuals, baked version of the Gujiyas is also available.

Another one-of-a-kind sweet, this cool and juicy delight makes your taste buds yearn for more with the completion of every helping. Alongside the juiciness, the visual appeal of the Rasgullas interlaced with saffron lined mawa definitely takes your breath away.

Indian cuisine stands apart from the cuisines of other countries with respect to the immense variety on offer. Every state of the country has its own specialties which have become an integral part of the list of most sought-after Indian dishes. The food cuisine of one of the largest states of the country; Uttar Pradesh, is no less good; appealing to the requirements of every food gourmet in the country and the world.

(All images are from Google) Indian traditional food is spicy, tasty and healthy. Food practice is regional in India and is based on the crops grown in that area,... 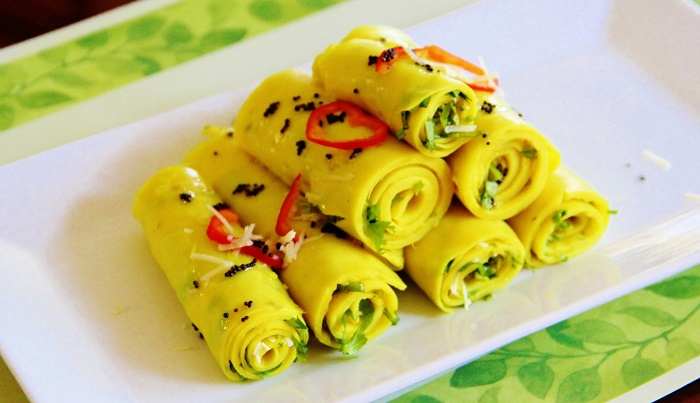 A complete WIKI guide of Gujarati Cuisine: Best of Gujarat

Gujarati cuisine comes from Gujarat, the state with a long coastline on the western part of the country. In spite of being close to the...

Top 5 cities for a Food lover in India!

Chiefly known for its lavish cultures and good taste, India is just out-of-sight when it comes to its foodstuffs. Local cuisines/ food  in... Dalma is a famous traditional, vegetarian recipe prepared in Odisha. Whatever is the occasion Dalma is must in an Odia kitchen. It is a...