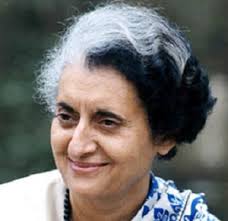 Indira Gandhi remembered on her Birthday

The name Indira Gandhi sends waves of respect in some and waves of bitterness in some. Yes, she was the dynamic leader who ruled our country for two terms spanning for about 15 years, is the second longest ruler after her father.

Coming from the Nehru Family which had political background and patronage of the citizens of India, Indira Gandhi started her career by getting involved in the affairs of her father as his assistant. With a strong foundation, she became the President of Congress Party during the 1950’s. Upon the death of Jawaharlal Nehru, she got into the upper house through appointment and achieved the rank of Cabinet Minister in Lal Bahadur Shastri’s cabinet. Upon the demise of Shastri in 1966, Mrs. Gandhi was elected as the leader of the congress party and consequently she became the Prime Minister of India.

During the tenure, Mrs. Gandhi introduced Five year plan which was a big hit. On the other hand, Indira Gandhi also clamped Emergency which was a political cyclone, making her the topic of controversy. Her political career had many ups and downs, winning and losing elections, being acclaimed and criticized. She was the person who introduced many programs to eradicate poverty including Garibi Hatao, nationalization of Banks to improve financial situation, Nuclear weapon testing etc. .

She incurred the wrath of a particular community when she conducted ‘operation Blue Star’, which was against terrorism.  As an aftermath of this, she was assassinated on 31st October, 1984. The two children of Mrs. Gandhi were also active in politics. Younger son Sanjay Gandhi predeceased Mrs. Gandhi as he met with an air-accident. Rajiv Gandhi who assumed the office after Mrs. Gandhi, and was the Prime Minister of the country from 1984 to 1989. He was killed during an LTTF attack in 1991.

19th November being Mrs. Indira Gandhi’s 98th Birthday, Realbharat salutes this Iron Lady who is an icon to women, not just in India, but all over the world.

Previous Story
Top 8 Places to visit in Rajasthan which every traveler should visit once..
→

Next Story
Famous Places in India : Feel the Pulsations of Nature and the Profundity of Culture

Swacha Bharat gets a big Boost!!

Since the launch of Swacha Bharat Abhiyan by Prime Minister Narendra Modi, it has become the buzz word. Many celebrities have joined the... 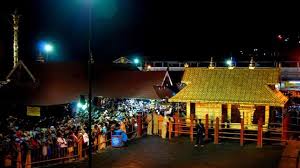 If rumors are going to come true, yes. Prime Minister Narendra Modi is visiting Shabarimalai, the abode of God Ayyappa. The Kerala BJP...

Netaji Subash Chandra Bose was one of the most prominent National Leaders of India. The brave man is like a one man army, had been a great...