Swacha Bharat gets a big Boost!!

Since the launch of Swacha Bharat Abhiyan by Prime Minister Narendra Modi, it has become the buzz word. Many celebrities have joined the event and contributed towards a good cause while some have used it for publicity gimmicks also.

The abhiyan got a big boost when Priyanka Chopra, Bollywood Glam doll joined hands in this and made a real contribution. It was not just a photo session, but a real effort to do something for the abhiyan in the real sense. She and her team took all the efforts to clean up the Verosova slum area in Mumbai. She and her team started the work which inspired the locals to join their hands with her. She took up the task for 16 days and brought a remarkable change to the area. The video posted clearly shows the effect of her work. A comparison of before and after photos are the witness to the good work by Priyanka.

Such gestures by celebrities creates more awareness and gets more attention, especially if they are from glamour world. This will also motivate others to continue the movement. Only with continued effort, we can achieve the dream India which will be clean and a better place to live for all. 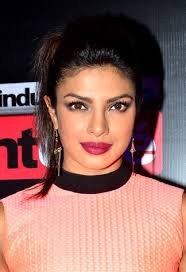 Ms. Chopra also nominated people to continue the movement. Her nice gesture got appreciation from all corners which she aptly deserves. Prime Minister himself has put words of praise for Ms. Chopra for joining the movement with all humbleness.

The name Indira Gandhi sends waves of respect in some and waves of bitterness in some. Yes, she was the dynamic leader who ruled our...