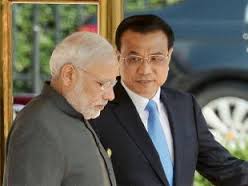 Prime Minister embarked on a three day visit to India’s most powerful neighbour, China, in order to open up new fronts for foreign investments in major Indian business sectors. The country is India’s biggest partner in trade. According to Indian embassy trade counsellor Namgya Khanpa, 21 agreements worth $22 billion were signed by firms of the two nations for increasing China’s role of investment in Indian business sectors. Another five deals had been signed earlier. Most of these deals cater to Chinese banks financing Indian firms, with deals for steel, solar energy, telecom and film sector included as well.

The deals were focussed on reaching an agreement for Chinese groups to invest in and help the growth of Indian business sectors. One of them was the funding of a power plant of Adani Power by China Development Bank. Another was between two Chinese firms and Indian conglomerate Welspun. Investment from our neighbouring country has been accepted in areas like housing, high-speed rail, ports and airports, renewable energy. Modi said that India was keen to harness some of China’s expertise in mass manufacturing, something that has seen the nation rise up to being the second most powerful country in the world.

Relations between the two nations have been tempestuous in the past, with a brief war being fought in 1962. Modi urged Chinese officials to change their approach to maintaining good relations, with repeated minor disputes occurring due to China’s border infringement over Indian lands. Preaching the ancient Hindu saying of Vasudhaiva Kutumbakam which means the whole world is one family and everyone is our brother or sister, the Prime Minister stated that their ties should be on a better level. Modi met Chinese President Xi Jinping in Xi’an before meeting his counterpart Li Keqiang on Friday.

The name Indira Gandhi sends waves of respect in some and waves of bitterness in some. Yes, she was the dynamic leader who ruled our...