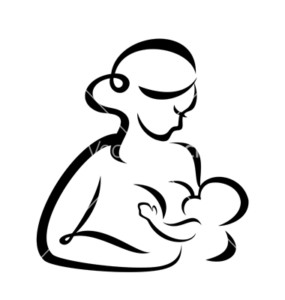 This is a continuation of my earlier article about the benefits and breaking myths about breast feeding. This experience of mine is sure to make all mothers determine to breastfeed their kids come what may! Check it out, it is a personal e 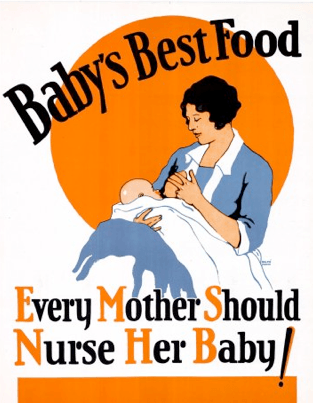 I breastfed my son till he was 20 months, well into the seventh month of my second pregnancy. Yes, it is possible to feed through pregnancy and it is perfectly safe. Just remember to eat healthy so that all three (you, the baby inside and the breastfeeding baby) get enough nutrients. My daughter was breastfed for 4.5 years. I only stopped because I dried up at that stage.

August 15th for me brings back some good and bad memories for the past three years. I nearly lost my son four years ago on this very day.

We were in Bangalore, where August 15th is a holiday normally and to make things worse it was a Sunday as well. My then four year old son was fine, we had a friend over with her two children. It was great fun. The kids had spent the weekend playing in the pool, running around on the streets and playing in the sand in the park. Nothing new about it. Just that my son had just caught a cold somewhere during the weekend and on the night of August 14th he was really really struggling hard to breathe. I did all I could to ease his pain. When I woke up on 15th, I knew I had to rush him to see a doctor. Even a quick nebulisation would help, That is what I thought anyway.

Only after going to the local clinic we realised the seriousness of the situation. They put him on the nebuliser and started monitoring him. His oxygen levels in blood were dropping and they asked us to rush him to big hospital near by and get him admitted if they asked us to. That rang a bell somewhere. With no time to waste, we rushed him to the hospital. Being a holiday the hospital was nearly empty. The doctors checked him took bloods, did X-rays and put him on the monitor and nebuliser. They some how came to the conclusion that he had pneumonia and had to be admitted as his blood oxygen levels were not stabilising.

That night when I was home alone, I could not sleep all night. I called up the ICU ten times to see if he was getting better. I felt so helpless as a mother. I was not allowed to be beside him when he needed me the most. I still cannot forgive myself for what happened that day or the next two weeks when again I thought I had nearly lost him. My son is a fighter. He survived, in spite of the goof-ups. The poor child was given milk when I had clearly mentioned that he was allergic to dairy, He kept telling the nurse that he was allergic to milk and the nurse still fed him a few spoons. When I went in to see him a few minutes later the child could hardly breathe.

To cover up his mistake, the duty doctor put him on ventilator immediately and on 10 different anti-biotics, anti-fungicides and other medicines. It was no easy task to have my son in hospital and not be able to be beside him, hold his hand and tell him everything will be alright.

When he was moved to the step down ICU, I would lift my child out of bed with all those tubes and needles and put him on my lap and nurse him. I was told that the pediatrician didn’t support breastfeeding beyond a year or two and my son was four years plus. I did not tell anyone anything. People around me thought that I was holding my son and that is all. Nobody noticed anything. I kept feeding him every now and then. His throat was sore because of being intubated. He could not eat solids or drink the soya milk I had brought for him. The only thing that he could actually do is feed off me and guess what, that healed his throat quicker than anyone would have imagined. By the time he was moved to a normal room, he could eat all the food that I cooked at home and brought for him.

He was asked to take medicine for 6 months and within one and a half months the doctor asked me to stop all medications because he was perfectly alright! All thanks to breastfeeding.

My son was four years old when this happened. He used to tandem feed with my daughter who was two years younger than him.

Even today I can see the difference between the three children, my two and their best friend a girl who is the same age as my daughter. She was fed for a year, my son for 20 months and then he was tandem fed with my daughter for a while too and my daughter who was fed for 4.5 years. The three of them were best friends, went to same school and she was our neighbour so they spent all the time together when they were at home too. Many times the kids would just eat in one house, it doesn’t matter which mother cooked. The first one to always fall sick would be the child who was breastfed the least and the last one to fall sick, if at all was the child who was fed longest. Also the first one to recover would be the child who was fed the longest.

My request/advice to all mothers, feed your children as long as possible. Feed them through good times and feed them when they are sick. For mothers who struggle initially, get help, it does get easier as it goes along. Feed, feed and feed! Helps the kids and us in the long term.

Toddler Breastfeeding – Breaking Myths We come from the land of breastfeeding and it is a pity that things are changing now. I am all...