BJP gets majority in Jharkhand, J&K situation in dilemma 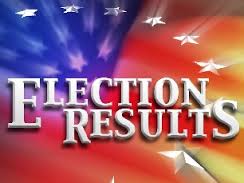 The much awaited poll results of two states, Jammu & Kashmir and Jharkhand came out today. In J & K, PDP (People Democratic Party) emerged as the largest party, while in Jharkhand BJP secured its majority with its alliance AJSU. These polls result concludes with that BJP gets majority in Jharkhan with eligibility to form government whereas the J&K situation is still in a dilemma.
Talking about J&K, PDP led by Mehbooba Mufti got 28 seats, while the BJP remained at the second position with 25 seats. National conference president Omar Abdullah secured 15 seats while INC settled with 12 seats. There are a number of combinations which can be formed in J&K. Other parties like JKPDF and CPM won one seat each. BJP president Amit Shah stated that all the options are open and they want a popular government in the state. On the other side, PDP chief Mehbooba Mufti said that they are looking forward to form a coalition with the party having similar agendas. She further added that their priority will not be to put together a government by hook and crook, they will explore all the possibilities and do the requisite.
Yet again, BJP came out with flying colors. BJP broke all the records by forming a majority first time in Jharkhand. Along with AJSU, they secured 42 seats out of 81 where BJP won 37 and AJSU added 5 seats to make it even better. The former ruling party ended up by winning 18 seats while its partner Congress won four seats. This ensured that the BJP will form the government in Jharkhand. 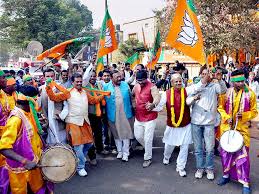 It is clear from the stats that the Modi government has proved itself once again. As Modi magic swings throughout Jharkhand, J&K will soon be coming out with a coalition government. However, Omar Abdullah looked optimistic and said that his party will play a major role in governmental. Let’s see where it goes, till then it’s a merry Christmas for BJP in Jharkhand!