The 2nd of October is not a normal day in India. It’s a day which is revered by people because, on this very date in 1869, a prolific personality was born, who led the Independence Movement of India and earned freedom for the country. By now you have understood who I am talking about; he is none other than Mahatma Gandhi. The day is observed as Gandhi Jayanti in India and is a National Holiday.

In 2015, it will be the 146th birth anniversary of Mohandas Karamchand Gandhi and as much as I read about him, I find so much more to learn. There are so many facts about his life and experience that we hardly know. Actually, those stories and incidents make rounds which are already circulated numerous times among people. But today, I wish to present some lesser-known Gandhi facts which will definitely be quite enriching. 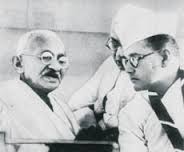 Though the title, the Father of the Nation, was not officially conferred on Gandhiji by the Indian Government as there is no such provision available in the Indian Constitution, it is popularly accepted in India. This title was first conferred to Gandhiji by Subhash Chandra Bose on a radio address from Singapore. Gradually, it became a practice of the other leaders and the common men to address him as the Father of the Nation.

It is well known that Gandhiji was politically mentored by Gopal Krishna Gokhale and the mentor himself was guided by Mahadev Govind Ranade, a great social reformer, and judge in the Poona High Court. He had given Gokhale a scarf which the disciple always carried along with him. In South Africa when Gokhale met Gandhiji, he showed him the scarf which the latter offered to wash and iron. At first, Gokhale refused to part with the scarf for washing by saying that he could trust Gandhi’s ability as a lawyer but not as a washerman but later he gave it and finally Gandhiji was appreciated for his washing skill.

The poor orator – Another Gandhi Fact

People used to gather in thousands and thousands to listen to Gandhiji’s speech and here we come to know in Mahatma Gandhi’s own statement, “My hesitancy in speech, which was once an annoyance, is now a pleasure. Its greatest benefit has been that it has taught me the economy of words.” He was scared of public speaking to such an extent that many times when he was to address some meeting or during advocacy in the courtroom, his voice choked. 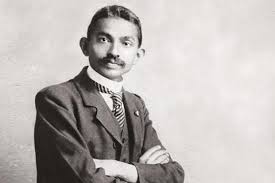 No belief in Rituals

It’s a fact that Bapu, as Gandhiji was called lovingly, was a pious man but was never a staunch believer of rituals. This had been proved when he refused to wear his sacred thread. He did so because when he had come to know that the Dalits were prohibited from wearing a sacred thread. He even wore a Khadi dhoti of a poor farmer.

At one time when Gandhiji brought a Harijan couple to stay at Sabarmati Ashram then a crisis cropped up. Though in the ashram people of different religion stayed together, the entry of a Harijan couple was not welcomed. Many started living the ashram as well as donations stopped pouring in which almost led to its closure when a mill owner, Ambalal Sarabhai, donated around thirteen thousand rupees.  Sometime later, a strike at the cotton mills in Ahmedabad, of which the maximum mills were owned by Gandhiji’s benefactor, Ambalal Sarabhai, began and interestingly, it was led by Mahatma Gandhi.

A champion of Ahimsa, non-violence, had also favored violence. We should not be aghast by it but rather it will be better to learn in what circumstance Gandhiji upheld violence, the method which is diametrically opposite to his non-violence means to India’s independence. Once while talking in support of Ahimsa he differentiated between violence, non-violence, and cowardice. He very categorically explained what Ahimsa is and while doing so he also said, “…But he who surrenders…for fear of his being beaten is a coward and no votary of Ahimsa.” Further, he added, “I will not purchase my country’s freedom at the cost of non-violence.” Then again he retorted, “I do believe that, where there is only a choice between cowardice and violence, I would advise violence.”

During the Freedom Struggle of India Gandhiji got arrested in 1922 and was put on trial. It so happened that during the trial he admitted that he was guilty of motivating people against the rulers so, was ready to be punished. He denied nothing and openly declared, “I hold it an honor to be disaffected towards a government which in its totality has done more harm in India than any previous system.” To such an open and truthful declaration the judge called him, “a patriot and great leader”, but he was awarded six years of imprisonment just to abide by the law. What turned out to be significant was that, after the trial, Bapu was never ever put for any single trial though he was arrested a number of times. This shows that the British rulers received a lesson from the last trial that Gandhiji had the ability to turn the table on his side. 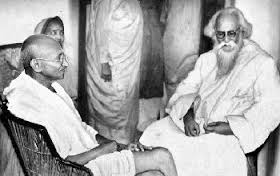 We all know that Kaviguru Rabindranath Tagore established Shantiniketan. Once, Bapu went there to meet the legendary poet, novelist, dramatist, and lyricist. Tagore and Gandhiji developed a strong bond between themselves. During his stay at Shantiniketan Bapu showed interest to bring some changes in its kitchen. Kaviguru gave all the authority to him and he changed the non-vegetarian kitchen into vegetarian one as we all know that Gandhiji was an advocate of vegetarianism. After Gandhiji left Shantiniketan, cooking of non-vegetarian food started once again.

Rabindranath Tagore conferred the title of Mahatma to Gandhiji about which Gandhiji always felt embarrassed. He wished to be addressed as Bapu but the title Mahatma became inseparable from his name and is very respectfully known as Mahatma Gandhi nationally and internationally. What many of us are not aware is, the great leader Gopal Krishna Gokhale who politically mentored Gandhiji was known as Mahatma for his social welfare work. What could have happened when a Mahatma tutored someone? Obviously, the Mahatma transformed his disciple into another Mahatma who finally reached the status of the Father of the Nation.

Gokhale termed as the Ganges 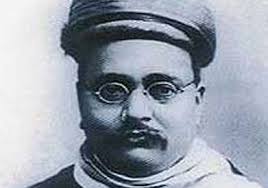 After coming back from South Africa Mohandas Karamchand Gandhi did not immediately participate in India’s Independence Movement. It was because he was guided by Gopal Krishna Gokhale to gain knowledge about India first and so he toured the country for a year with his wife Kasturba Gandhi and learned about the plight of his countrymen. Mahatma Gandhi said that Gokhale was his Rajguru. At one point in time, he said, “…But Gokhale was the Ganges. One could have a refreshing bath in a holy river…the Ganges invited one to its bosom.”

Honor by the United Nations

Mahatma Gandhi’s birthday 2nd October is not a day to remember by Indians alone but non-Indians too have a day to cheer. The United Nations announced his birthday to be observed as the International Day of Non-violence.

Though he was nominated for Nobel Peace Prize five times, for one or the other reason was not awarded. Actually, there is so much to write about Gandhiji that pages after pages can be written but some facets will still remain unearthed. An era came to an end after a tragic incident that took place on January 30th, 1948. Bapu was assassinated by Nathuram Godse and thereafter the first Prime Minister of India Jawaharlal Nehru addressed the country to convey the unfortunate news and he began, “…, the light has gone out of our lives and there is darkness everywhere….”. Mahatma Gandhi’s death anniversary is Martyr’s Day in India and he will be remembered forever.

Previous Story
Idukki Arch Dam: an Architectural Marvel in the Lap of Nature
→

Gandhi Jayanti – Salute the Mahatma in the apt way