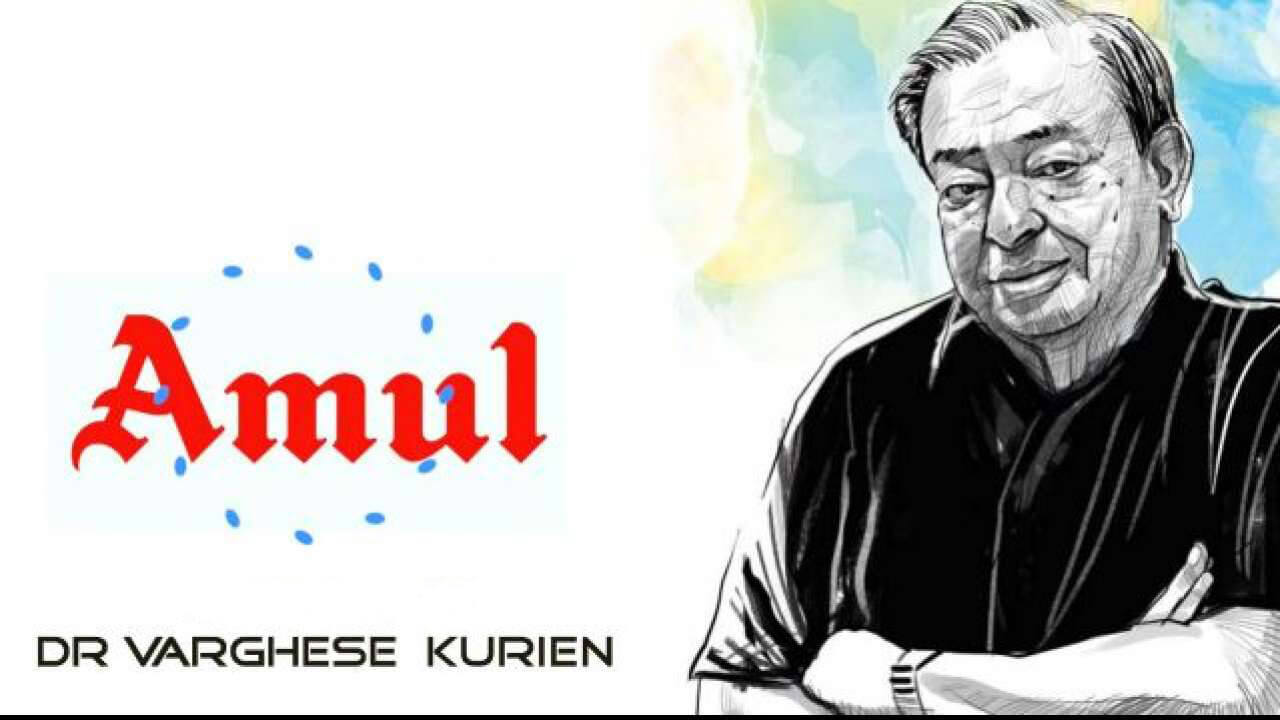 Dr. Verghese Kurien – the man who showed India that milking cows can be a multi-billion business. Read the story of the man who came to Anand, Gujarat to serve his employment bond but stayed back only to create an eternal bond with the city and change the destiny of millions of milk producers…the true ‘Milkman of India’

Born on 26 November 1921, in Calicut, Kerala, Dr. Verghese Kurien came from a decent Syrian Christian family. At home, he received a well-read and intellectual environment, with his father Puthenparakkal Kurien being a surgeon in the British ruled Calicut and his mother a skilled piano player.

After completing his school, Kurien went to Loyola College in Madras to obtain a degree in B.Sc (Physics). With a government scholarship and a desire to pursue higher studies he flew to the United States of America and earned himself a degree in Mechanical Engineering from Michigan State University. He also studied Dairy Engineering as a minor subject.

Throughout his school and college life, he was an ardent follower of sports and played cricket, boxing, badminton, and tennis exceptionally well.

When he returned to India in 1949, Kurien headed towards the small town of Anand in the Kaira district of Gujarat where he was commissioned as an officer of the Dairy Division in return of the university scholarship sponsored by the government.

On reaching Anand, Dr. Verghese Kurien was only keen to serve the tenure of his employment bond and return home, but luck had it otherwise.

Becoming a Part of the Dairy Co-operative Movement in India: Staying Back in Anand

As Dr. Verghese Kurien packed his bags to leave Anand after the completion of his bond period. But he was particularly disturbed by the struggles of the farmers in the district especially their exploitation by milk distributors. All through his stay in the small district, he was greatly influenced by the work of Tribhuvandas Patel, a social reformist who was working relentlessly for the cause of these poor farmers.

He requested Dr.Kurien to stay back for some time and assist him in establishing a Dairy Co-operative Movement to restore the rights of the poor farmers and save them from the exploitation that they faced. He wanted Dr. Kurien to assist him in putting up his dairy equipment and strengthen the movement on the technological front.

Dr. Verghese, the Milkman of India, decided to spend some more time with the milk producers in Anand. Little did he know that he would make that place his own, forever, revolutionizing India’s dairy industry.

Touched by the plight of farmers in Anand, Dr. Verghese Kurien, Father of White Revolution and also the Milkman of India, was determined to improve their situation. He gave up his government job and joined Tribhuvandas Patel in a mission to start a dairy movement in the region under the registered name of Kaira District Co-operative Milk Producers Union Ltd. which later became the popular Dairy Co-operative-Amul.

Started in 1946, the Dairy Union initially registered just two village co-operative dairy societies as its founding members. With time the numbers swelled and today, it has about 16,100 member societies. About 3.2 million members of the cooperative society contribute to the milk supply morning and evening. As an active member and forerunner of the Union, Dr. Kurien, the Milkman of India, played an influential role in bringing together milk farmers from different parts of the area and unleashing their potential in terms of abundant milk supply. Thus he is aptly remembered as ‘father of white revolution’

Dr. Verghese Kurien, the Milkman of India, not only brought farmers together but using his technological know-how designed systems and institutions, that favored a cooperative model bringing milk suppliers and buyers in direct contact with each other and removing the scope of shrewd middlemen who gorged all the profits.

By now the Kaira District Cooperative Milk Producers Union Ltd.was gaining popularity through its work, but Dr. Kurien, the Milkman of India wanted to establish it as a brand. Based on the suggestion of one of his quality control supervisors, he renamed the Union as AMUL which comes from the Sanskrit word ‘Amulya’ meaning priceless. It also stands as an acronym for Anand Milk Union Limited.

Often hailed as the ‘Father of White Revolution In India’, Dr. Verghese Kurien played a significant role in launching ‘Operation Flood’ that aimed at transforming India from a milk deficient country to a milk-sufficient country. Under his guidance, the Dairy Union started producing milk powder and condensed milk from the abundant buffalo milk supplied by local farmers.

The then Prime Minister Mr. Lal Bahadur Shastri was so impressed by the Dairy Co-operative running in Anand, that he formed the National Dairy Development Board in 1965 and made Dr. Verghese Kurien its head, asking him to replicate the Anand model all across the country. Operation Flood was launched across the country to increase milk supply and match up with the growing demands for dairy. Thus the White Revolution, with unmatchable dairy supply through local farmers was in full swing all through the country, the credit for which goes to Dr. Kurien, the Milkman of India.

Having replicated the Anand model across the country, India’s milk destiny changed drastically. The milk procurement that was at a nominal 20 million metric tonnes in the 1960s flourished and increased to about 122 million metric tonnes by 2010. The Milkman of India touched and changed the lives of millions of milk producers in different districts of India and marked a predominant niche for the country in the global dairy industry. He taught India how a cooperative movement could bring about a socio-economic change in the country.

The untiring efforts of Dr. Verghese Kurien in promoting a milk co-operative in India and taking it way ahead were widely acknowledged nationally and globally. He was awarded the Ramon Magsaysay Award for Community Leadership in 1963, the Padma Shri in 1965, followed by the Padma Bhushan in 1965.

The Indian government also bestowed him with the Krishi Ratna Award in 1986 and the Padma Vibhushan in 1999. Besides this, he also won the World Food Prize in 1989 and the Economic Times Award for Corporate Excellence in 2001. As a lifelong learner, he picked up valuable lessons from various experiences of his life and attained 15 honorary degrees from different educational institutions across the world.

With an enduring spirit and determination, Dr. Verghese Kurien proved how a simple man from the South can motivate the poor milk producers across the country starting from a small district like Anand. He taught India to cherish its milk supply and exemplified how a brilliant supply chain management can change the face of a farmer-driven business through the cooperative movement.

Dr. Verghese Kurien, referred to as Milkman of India, highlighted the fact how each drop of milk collected from millions of milk producers contributed to collectively making India a milk abundant country and how innovation and technology could contribute towards uplifting a farmer’s cooperative society into a multi-million dairy industry.

Having lived a successful and fulfilling life, Dr. Verghese Kurien passed away on 9 September 2012 after a brief spell of illness, leaving behind a trail of inspiration and introducing every Indian to the real ‘Taste of India’. 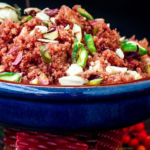 Next Story
8 Spectacular Places to Visit in India Post-Pandemic