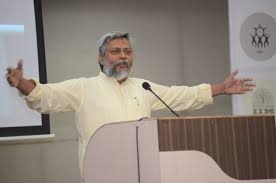 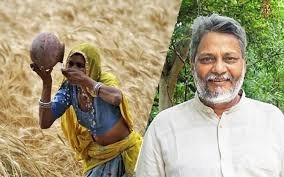 Rajendra Singh – The Waterman of India

The relation between Mother Nature and the man-kind is inimitable. She has given us everything and most precious amongst them is water. Homo-sapiens are thriving to find water on other planets but till date we are unsuccessful. We are witnessing the shortage of water across the globe as time gradually passes.  A country like India with a population of over 1.25 billion, we really need lots of water to satisfy our needs. A country like India where over 40 percent of the population is indulged in the farming, we really need to conserve water at the larger scale. In India, almost every year, we witness drought and government is not able to address the problem properly, and between all of these, a HERO emerged in rural India named Rajendra Singh, also known as Water man of India. Dr. Rajendra Singh was born in the village Daula in Bagpat district in western Uttar Pradesh. His Father was a large-scale farmer possessing 60 acres of land. His family was of zamindars (Landlords), so he has had all the privileges in his childhood.

Luminaries in the life of Dr. Rajendra Singh

Since Childhood, he had started showing interest in local conflicts and issues. When he was in the school, his English teacher Mr. Pratap Singh used to discuss politics and social issues with the students after class. He started his journey at the age of 15 with Ramesh Sharma, a member of Gandhi peace foundation. He met Ramesh Sharma at his home and got influenced by his village development programs like cleaning the village and opening libraries. Mr. Sharma firstly involved young Rajendra in alcohol eradication program started in his village. When he was 16, Emergency was imposed in the country. He joined Chatra Yuva Sangarsh Vahini and became the leader of the organization started by Jay Prakash Narayan. He was very vocal against the emergency and was part of several rallies and dharnas held against emergency.

After finishing his schooling, he started doing his post-graduation in Hindi literature and later he qualified as BAMS doctor. After finishing his studies he started working for the government in 1980 as a National service volunteer for education in Jaipur where he was in charge of adult education school in Dausa district in Rajasthan. He also joined Tarun Bharat Sanga incepted by Jaipur university teachers and students. The aim of the organization was to help the victims of campus fire. When he became the general secretary of the organization he went into self-introspection and started questioning the incompetency of his own organization which resulted in the resignation of entire board in 1984.

…And the journey of Waterman of India begins

In 1984, he was so fed up with the policies of the government that he left his job. It affected his personal life too. His parents were not happy, as at the time his wife was pregnant and was residing at her parent’s home. He sold his commodities like furniture and utensils worth Rs 23000 and took a bus ticket to an unknown destination with his 4 friends. The last stop of the bus was Kishori village, in Alwar District in Rajasthan.

So he started working there as an Ayurvedic Doctor and creating awareness about health, education, and democracy. The big event came in his life when an old man from the same village Mangu Lal Patel came to him for the medical treatment. They started talking about the problems in the village and Mangu Lal told him about the scarcity of water in the village. He convinced Rajendra that he should do something to conserve water and spread awareness among people. Mangu Lal also enlightened him with the importance of old dams like Johad (earthen check-dams) in agriculture over bore wells and warned him on depletion of underground water. 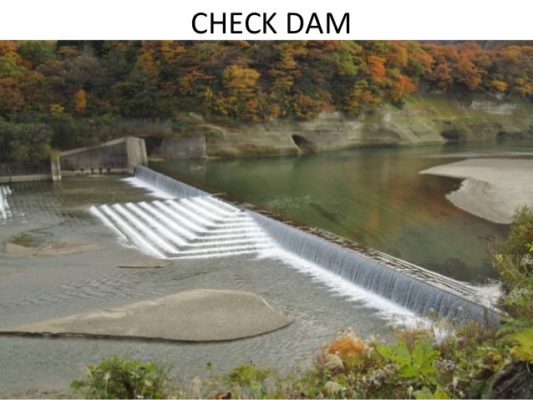 Check Dam which can revive the Rivers

Rajendra Singh was convinced that water scarcity is the major challenge faced by the villagers in Rajasthan. He consulted with his friends for support but they parted away. This taught him to build community strength in the village and surroundings. Check-dam awareness was the first step by Rajendra Singh for the Water conservation in Rajasthan. The village was declared as a dark zone, as the underground water had been depleted. He focused on the old style of water conservation techniques that the villagers were using in old times. He started working on Gopalpura Johad, which was lying neglected over years. He built the community strength with local youths and started working on the Gopalpura Johad to preserve water in the next monsoon. Monsoon came and it was the joyful monsoon for the villagers. The old technique did work and now the preserved water in the check-dam was filling the old wells and ponds which were deserted over years. It also helped in the rise of Underground water and soon the area was officially ‘white zone’.

Achievements of Water-man in the region

This was one of the remarkable steps in the field of rain Water harvesting in Rajasthan. Now his recognition started breaking the boundaries of the village. Forest Department of the area was so much inspired by the work that they invited his NGO to take part in the park’s management and then he set-up the headquarter of Tarun Bharat Sangha at Tarun Ashram in Kishori-Bhikampura in Thanagazi Tehsil. Initially, the success of Check-dams brought hope in his life, and soon he started doing walkathons to enlighten other people about the benefits of check-dams. In 1986, he succeeded to convince people of Bhanota-Kolyala village and people of the village started building check-dams at the source of river Arvari along with the volunteers of TBS. The neighboring villagers also joined the hand and finally, they constructed 375 check-dams across river Arvari.

As a result, the river which had dried up 60 years ago started to fill again in 1990. This was the huge victory for the water-man and the local villagers. But the result was not completely in favor of them. Ponds and wells were also expected to gain the level of water like in the Kishori village which did not happen. They investigated and found that rampant mining in the area and carelessness of mining companies in closing the drilled holes is the reason behind the unexpected result. All the water used to exude out from these holes. Then they went to the Court against these mining companies and as a result, the Ministry of Environment and Forest banned 475 mines operating near Arvari hills. Further Tarun Bharat Sangha built over 100 check-dams on the same river and by 1995 ponds and wells in the Arvari hill gained the water level back. In 2000 the river was awarded  “international River prize” and the villagers with “Down to earth Joseph C. John award”.

Recognition of Tarun Bharat Sangha across the world

The revival of Arvari River brought huge recognition for Taruna Bharat Sangha across India. Later the organization worked for the revival of other rivers like Ruparel, Sarsa, Bhagani, and Jahajwali. They gained success in these projects also and revived the rivers along with the wells and ponds. Tarun Bharat Sangha extended its branch across various states like Madhya Pradesh, Gujarat, Maharashtra, Karnataka and Andhra Pradesh. He organized several walkathons for the awareness of Water preservation at prominent places like in Mumbai. They fought to stop the Loharinag Pala hydro-power project over river Bhagirathi. Till today, Tarun Bharat Sangha has built over 5000 check-dams across the country. In 2001, Dr. Rajendra Singh was honored with Ramon Magsaysay award and in 2005 he honored with Jamnalal Bajaj award. In 2008, the Guardian named him among top 50 people who can save the planet earth. In 2015, he won Stockholm Prize as the Noble Prize for the water.

Dr. Rajendra Singh is 59 years old now, but still, he is active in the field of water conservation. His organization Tarun Bharat Sangha is working relentlessly to preserve water and save the Mother Nature. Dr. Rajendra Singh is an inspiration for all of us. All heroes don’t wear caps, and we salute the Water-man of our country who brought water to 1000 villages.

4 Replies to “Rajendra Singh- A Water Revolutionary in India”