The Bhartiya Vayu Sena, popularly known as the Indian Air Force is the fourth largest Air Force among the most popular armed forces of the world. Air force day is celebrated on 8 October 1932 as it was established on the same day.It was first introduced as the British auxiliary force and term royal was added later in 1945 as a tribute to its services during the world war II. It serves an important function of securing air spaces in India and moreover provides the combat support during the war time. In addition to this, the Indian Air Force also implements the rescue mission whenever the duty calls. With an awe-inspiring motto of “नभः स्पृशं दीप्तम्”, which means touch the sky with glory, Indian Air Force have always served their country at the worst times. According to the world Air Force 2015 publication, the Indian Air Force fleet consists of about 1588 aircrafts in service. Now, since you know about it, let’s move on to the top 10 facts which made this Air Force one of the best among its competitors. 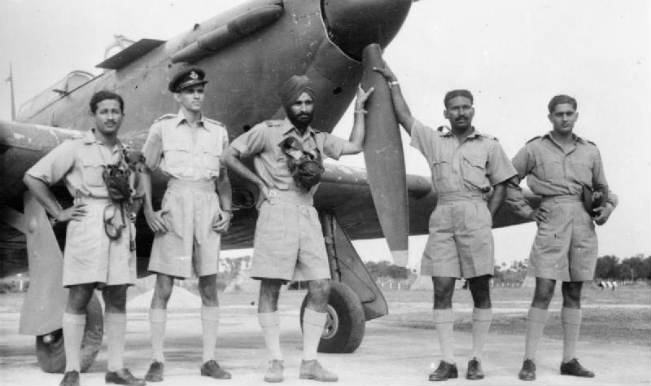 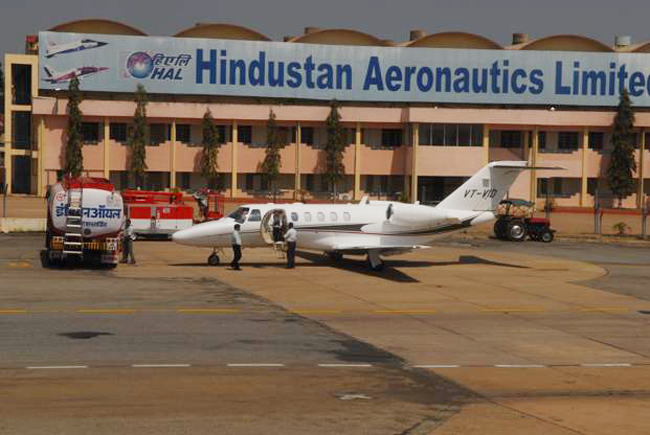 Hindustan Aeronautics Limited (HAL) found in 1948, have played a key role behind the success of the Indian Air Force. It is, indeed, one of the largest defense firm of all time and also one of the most promising firm in the Indian public sector. It developed the first Indian made fighter bomber known as the HF-24 Marut, and also bags the glory of making fighter jets for the first time in South-Asia. It increased its involvement in IAF after the 1965 war and supplied 72 HS 748s fighter aircrafts. Most recently, a low combat aircraft Tejas was added to the Indian squadron. Tejas is developed by HAL and in now ready to be developed on a large scale.

Introduced on 10 September 2010, the Air Force Network has brought a revolution in the communication network of the defense sector. AFNet is proudly owned, developed and managed by the Indian Air Force. It is a gigabyte digital information grid and is fully reliable and secured network. It replaced the old communication technology of IAF making use of the Tropo-scatter technology introduced in 1950. IAF also aims to introduce this technology in the army and naval forces of India.

In 1960, when a 75-year rule of Belgium over Congo ended, the nation turned out in violence and there were severe conflicts all around. During this stage of crises, the squadron no. 5 of the Indian Air Force was sent in coalition with the United Nations to undertake operations in Congo. The squadron stood there till 1966 when the collaborated mission ended. The IAF fought with the rebel Air Force and provided air support to the ground forces while operating from two bases. Recently, IAF was also involved in the rescue mission during the Nepal earthquake. IAF has always collaborated with several peace keeping missions and came out with flying colors.

After independence, Indo-Pak war was the first face to face combat in which the IAF was involved. The Indian Air Force fought against the highly trained PAF (Pakistan Air Force) who sustained much advanced fighter jets than India had then, all thanks to the US. Instead of this drawback, Indian Air Force shot down their fighter jets 3 times more than they lost their own. Moreover, IAF marked their territory with a huge success. IAF has always served at the time of crises and played a huge role to recapture the Tiger Hill in Kargil War. 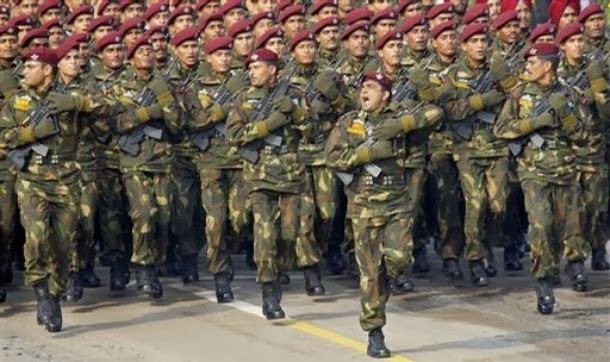 Garud commando force is a special unit of the Indian Air Force formed in September 2009. This unit consists of nearly 1500 fearless commandos who undertake various operations ,according to situation. Garud forces are specialized to combat against the enemy air defense, combat control, rescue missions, radar busting, missile guidance and other special operations. It derived its name from a mystical bird from the Hindu mythology. In addition to it, these contemporary forces have a special role to play during the war time and are specialized in raiding the enemy air bases.

Out of all the missions and operations, IAF has always maintained a strict code of conduct , stood by it and never crossed the boundaries and limits set. There is only one peacetime casualty that has taken place in the entire history of IAF. This sad incident took place just after a month of Kargil war when the IAF shot down a jet approaching their border. The jet that was shot down was the Breguet Atlantique patrol plane and all the 16 members onboard were killed. The jet belonged to the Pakistan Navy. This is the only known incident where IAF led to the peacetime casualty.

An Integrated space cell has been designed to use the country’s space based assets precisely for the purpose of the military services. It will be jointly operated by the civilian department of space, the Indian Armed Forces, and the Indian Space Research Organisation (ISRO). This will lead to a better cooperation between the three forces of the Indian defense. Moreover, satellites like TES (Technology Experiment satellite), RISAT-2, etc. are used for the military purposes.

The Indian Air Force currently owns a wide variety of jets with around 700 fighter jets, 3 Beriev A-50 phalcon AEW&C ( Airborne Early Warning and Control), 7 aerial refuelling aircrafts, 33 attack helicopters, 200 UAVs, 158 trainer aircrafts and the list goes on. Apart from this there are new technology aircrafts that have been ordered and will be soon added to the IAF fleet. Along with this Sukhoi Su-30 MKI is the superior fighter jet of the IAF along with Eurofighter Typhoon and Dassault Rafale. The jaguar and MiG-27 sustain the ability to drop the bombs and Dassault Mirage 2000 and MIG-29 are the means to deliver nuclear weapons.

Well, these two factors are the key factors behind the Indian Air Force which we know. One of the most peculiar beauty of the IAF is that it keeps on modernizing and adapts new technology wherever possible. The 5th generation Sukhoi PAK FA is counted amongst the most lethal fighter jets of all time and India is working with Russia to develop it. Also 130j Super Hercules and c-17 Globemaster has been added to the prestigious fleet of the IAF. One of the coolest factor is that the IAF is all set to welcome the radar-equipped AH-64D Apache Longbow which is one of the most modern war machines of all time. In addition to it, IAF has always adapted to the climatic conditions whether it’s snow, wind or storm. One of the best example of their glory was shown during the Kargil war where it was difficult to target enemy at 18,000 ft but IAF successfully faced this challenge. There are a number of operations where IAF has proven its skills and adaptability and we salute them for their extraordinary devotion.

The above facts are the reason why the Indian Air Force stands out of the ordinary perceptions and yes, they do touch the sky with glory !

Out of all diabolic traits existing in this country, I tend to provide some sublime thoughts which may consequently lead to an Utopian society.
← Previous Story
The Lesser Known Gandhi Facts!
→

Next Story
Top 6 Kerala Places to Visit with Your Soulmate