‘Haridwar’, the name itself refers to the significance of religious and legendary tales. The place is known as one of the holiest place in India. Haridwar is so famous for its religious beliefs that it attracts lots of Hindu pilgrims every year and thus boosts Uttarakhand tourism. Haridwar is an ancient city located in the Haridwar district of the Indian state, Uttarakhand.

Legend says that by touching the Ganges from Haridwar, one can get Moksha( nirvana) because the place is blessed by the trio of Lord Shiva, Lord Bhrama and Lord Vishnu. The place named as Hari Ki Pauri in Haridwar Uttrakhand is considered as the holiest ghats of India as legends say that a drop of the Amrit (immortal elixer ) fell here along with four other places. Thus the Maha Kumbh Mela is held here in every 12 years.

Places to see in Haridwar Uttrakhand

Since Haridwar Uttrakhand is famous for its religious significance, there are many temples and other such places with religious importance which attracts lots of visitors. 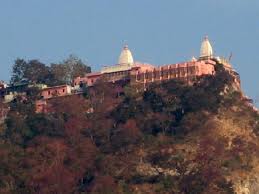 Chandi devi temple is the most famous Shaktipeeth of India. The temple is located on the top of the Neel Parvat and it is believed that the temple has powers to fulfill the wishes of devotees and thus it is also known as Siddhpeeta.

It is one of the sacred ghat where thousands of devotees comes to take a dip in the river to wash their sins away and feel the enchanting experience of Aarti performed in evening when the reflection of golden diyas on the river touches the divine soul. 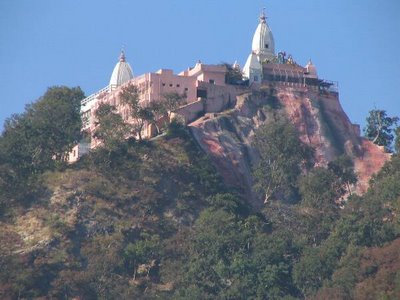 Temple located on the top of the hill is again a popular tourist attraction as there are cable cars services by Uttarakhand transport to reach the temple and it offers amazing view of the entire city.

4. Other such places and temples:

There are various temples like Maya Devi temple, Kankhal , Piran Kaliyar, Bhimgoda tank, Pawan Dham, Bharat Mata Mandir etc. to watch out for in Haridwar and since the Haridwar weather is very pleasant as it is not cradled amongst the mountains so there is no severe cold and one can enjoy the sites of city on any season.

1. By road: Haridwar is well connected city to every part of Uttarakhand and other cities of India. Delhi is just at 214km away from Haridwar. All types of buses and cars can easily access Haridwar from any part of Uttarakhand.
2. By rail: Haridwar has its own railway station by its name and is well connected to many cities of India.
3. By Air: Jolly Grant Airport is the nearest airport
Ancient city of India thus calls for a visit once in the lifetime for its many religious and legendary significance.

Next Story
Thanjavur – The Last Remains of the Chola Empire

Situated at the bank of Holy River Ganges, Patna is the capital and the economic hub of  Bihar. Patna is one of the oldest known...