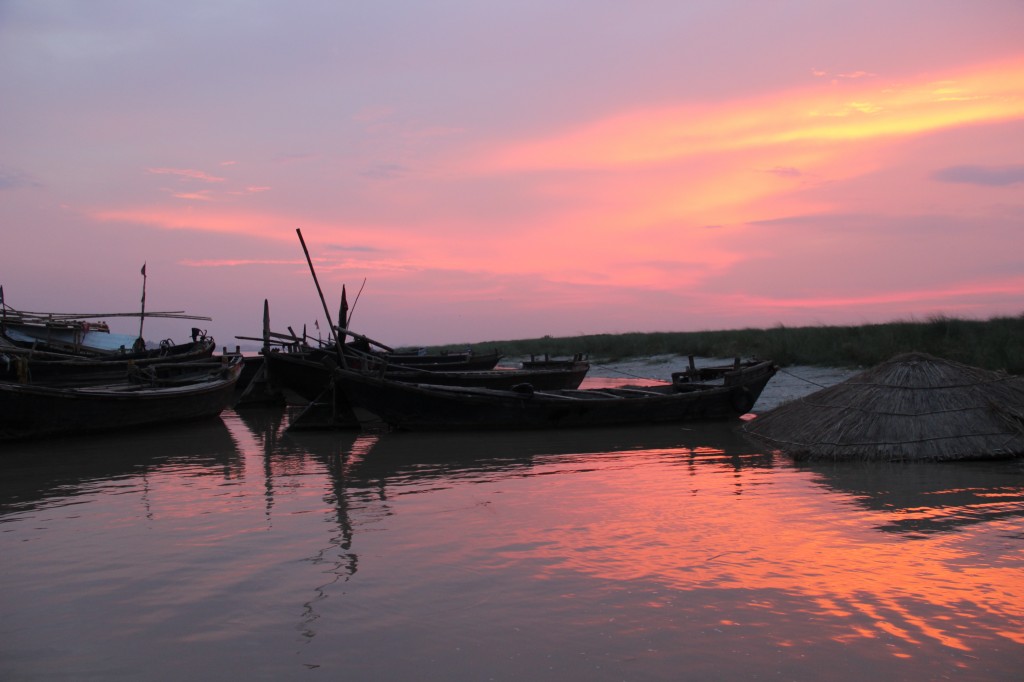 Situated at the bank of Holy River Ganges, Patna is the capital and the economic hub of  Bihar. Patna is one of the oldest known Metropolis in India. It was then known as Patliputra or Patalipattan and its history makes a start from 600 B.C.  It has been said that Pataliputra was founded by Ajatashatru and thereafter Chandragupta Maurya made it his capital in the 4th century A.D.

Home to the earliest democracy in Vaishali, the city of Patna has been associated with various religions, like Buddhism, Jainism, and Sikhism.  It has been graced by Lord Buddha, Lord Mahavira and also by the birth of the tenth guru of the Sikhs, Guru Govind Singh at Takht Shri Patna Sahib.

The famous traveler Fa-Hien in the 3rd century and Hiuen-Tsang in the 7th century visited the city as cited by them. Many noted scholars like Kautilya stayed here and works like ‘Arthashastra’, ‘Neetishastra’ and ‘Aryabhatiya’ were written from this place. This city was the fountainhead of the spring of knowledge and wisdom in ancient times.

The Rich cultural heritage is evident from the innumerable ancient sites present in Patna and makes it one of the Must Visit city in India.

Getting to Patna Bihar

The city being major tourist spot is thronged by visitors throughout the year from all over the world. Patna city is well connected to all the other cities of India being the capital of Bihar. The city has an impeccable transport infrastructure and is well connected to the outer world by major transport modes like air, Rail and road.

Fun Fact –  Bihar have got the lion’s share of train covering state because most rail ministers hail from Bihar and had pursued their politics here.

Patna is situated at 53 m above the sea level and due to its moderate elevation; the weather in Patna can be specified as a humid subtropical one, with hot summers and mild winters.

The best time to visit Patna, Bihar is from October to March.

Patna Museum:- It is the State Museum of Bihar. It was built by the British in 1917 to house the historical artifacts found in the vicinity of Patna. It houses a First World War cannon, metal and stone sculptures of the Mauryan and Gupta periods, Buddhist sculptures and quaint terracotta figures. A 16 m long fossilized tree is one of its special features. One of the striking features of the museum is artifacts from the Lord Buddha’s era and also from the Mohanjodaro civilization. Also, several old animal species are displayed here.

Patna Museum clicked during the night from Udaygiri apartment.

Gol Ghar:- Gol Ghar (“Round House”), located to the west of the Gandhi Maidan, is a granary built by Captain John Garstin in 1786. The massive structure is 29 m high and the walls are 3.6 m wide at the base. The stairway around this monument offers a brilliant panoramic view of the city and the Ganga flowing nearby. 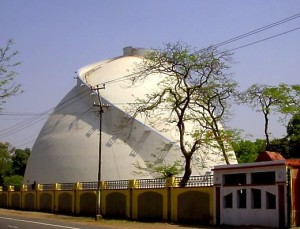 Thakht Shri Patna Sahib Gurudwara:- It is built in remembrance of the Birthplace of tenth Guru of Sikhs, Guru Gobind Singh. It is one of the four sacred shrines of the Sikhs and of great importance to  Sikhism. The original temple was built by Maharaja Ranjit Singh and contains belongings of the Guru and Sikh holy texts. The architectural character of this center of Sikh pilgrimage is a wonder to take in, both outside and inside.

Mahavir Mandir:- This temple is dedicated to Lord Hanuman. Being the second most visited temple in north India, it is thronged by devotees throughout the year. The temple was established by Swami Balanand in 1730AD and later discovered during the British period.

Mahavir Mandir trust is second largest trust of North India after Vaishno Devi Shrine Trust. It organizes many medical camps through which they provide free medicines and subsidized treatments to the poor. These camps also give special treatments to kids, who at the age of twelve are suffering from cancer.

TIPS – Don’t forget to buy Prasadam ‘ladoos’ from the stall inside temple premises. It is must try when in Patna.

Sanjay Gandhi Jaivik Udyan- ‘Patna Zoo’:-  Situated on famous Bailey Road, it is spread in around 200 acres and contains more than 500 varieties of animals, reptiles, birds, fish. It remains open free for morning walker till 8 am.

Gandhi Ghat:-  Located near NIT Patna, Gandhi Ghat is one of the prominent ghats of Patna. Every Day at the time of sunset, Ganga Aarti takes place on the Bank of River Ganga. It is a spectacular sight to witness Ganga aarti.

The Bihar State Tourism Development Corporation (BSTDC) had recently started operating an air-conditioned floating restaurant  MV Ganga Vihar from Gandhi Ghat offering dinner cruises twice a day. It is the best way to witness Ganga aarti as when aarti takes place on the bank, the boat floats just opposite to the sight of Aarti in the River. Also to watching sunset during boat ride is addon attraction. 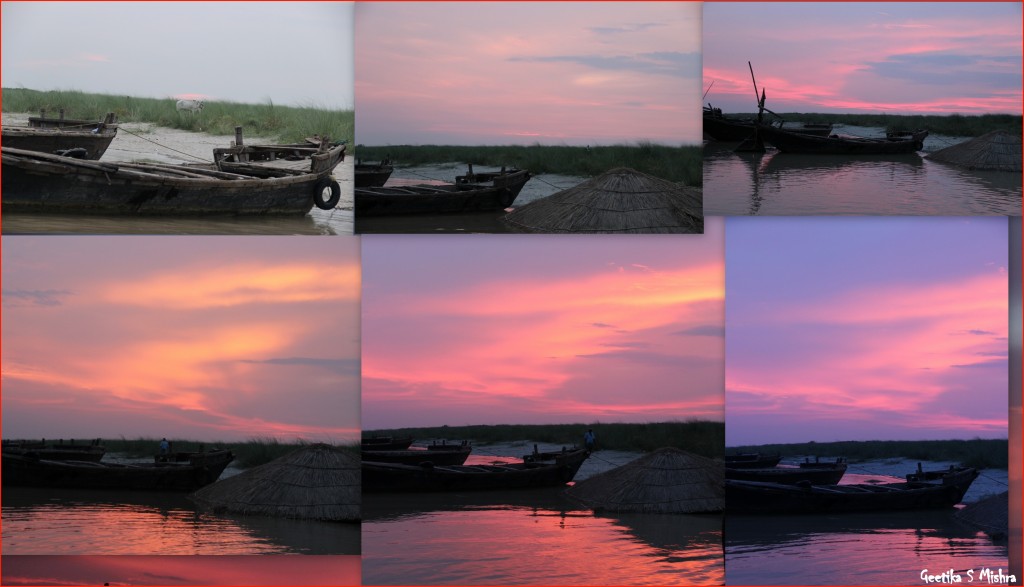 Mahatma Gandhi Setu:-  Its a bridge built over River Ganga and connects Hajipur City to Patna. Built by Gammon India Limited, this bridge’s length is 5450 m and comprises 48 pillars. This bridge is counted among the longest bridges of the world. It also connects southern Bihar and Eastern UP to the northern Bihar.

Sonpur Mela is one of the biggest cattle Fair held in Asia. Sonepur is a little town located 20kms from Patna city. The Fair held on Kartik Purnima, a fortnight after Diwali, as people from all over the world congregate to participate in this huge festival. During the period Bihar State Tourism Development Corporation provides facilities in traditional huts. 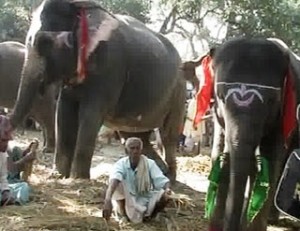 Madhubani is a form of Art which originates from the village of Madhubani and Mithila. The uniqueness of this form of art come due to the style and material used. Madhubani painting is done using twigs, nibs, and matchsticks, also it is done on handmade paper with colors made from the essence of flowers. Mostly these painting depicts wedding of Lord Rama and Sita, Sun, Moon and sacred Tulsi plant. 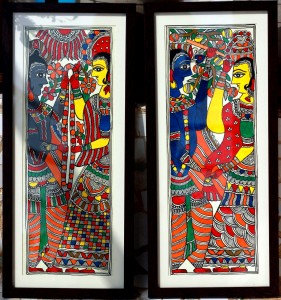 In short, Patna is a city with great historical importance and this has a deep impact on culture and education in the present time. Patna is a must visit to understand the rich cultural & archaeological heritage of India. Patna Offers a host of extraordinary treats! Savor it!

And as said by one of my favorite author Anita Desai,  “Wherever you go becomes a part of you somehow.”. So continue your journey.

Have a nice day!

Previous Story
A Humble Salute to all the Teachers
→ 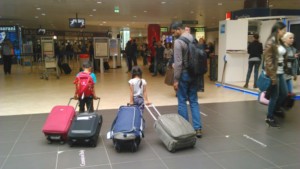 I am a member of a few groups which are for mothers with young children and one of the most frequently asked questions is about travel....