Kantha, the 500 years old thread work is the pride of West Bengal. 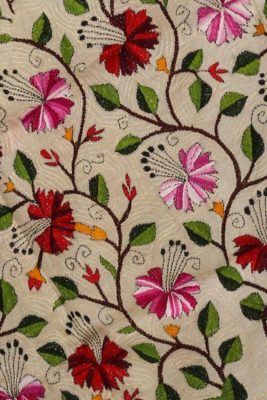 A beautiful piece of Kantha work

What had been no more than the pastime of rural Bengali women to give a new leash of life to old clothes is now a part of burgeoning fashion industry. Kantha embroidery can be found not only in high-end stores nationally but also has made its mark internationally.

Running stitches in vibrant shades on preferable light colored soft fabrics of cotton or silk are what this traditional art of India all about. The kantha stitch design is etched on fabrics traditionally by wooden blocks so that the print can be outlined but now patterns are put in place by tracing papers too. The general way to begin is to stitch the outline first and then fill the motif with close running stitches. It is much like a brush of stroke upwards only to bring it back down filling a portion but with a needle and thread. The final effect gives a slightly wrinkled look.

Kantha designs often involve very colorful designs involving figures; hence they are referred to as the Nakshi Kantha. This type of kantha begins with a focal point and then spreads to cover the article. The other kantha designs involve geometric forms or patterns which forms the borders. Among the nakshi then, there are vivid scenery or motifs. The simple running stitch is improvised to be either ‘lahori’ implicating waves or ‘soja’ meaning straight.
There are attractive motifs like birds, animals or flowers. There could be designs depicting rural scenery with trees, fishes, and houses or the geometrically patterned ones which is essentially used in borders. 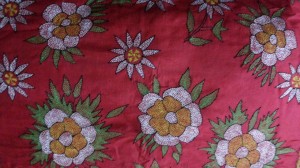 Kantha work on a dupatta

The utility items made of kantha

Nowadays, Kantha is popular in sarees and the ones from Bolpur and Shantiniketan are most sought. Then there are dupattas made of kantha and even men’s shirts. The Kantha of West Bengal is no longer an engaging activity of the rural women to spend their lazy afternoons. But under the patronage of Bengal based designers like Shamlu Dudeja who are self-proclaimed revivalists of the traditional art, it gives employment to more than 800 women in Bengal.

Kantha and its soaring popularity
Interestingly, the origin of Kantha had been to recycle old clothes by stitching layers of rags together to form quilts. It is also rumored to have been used by Buddha and his disciples. Its journey from ancient times to today’s fashion ramp has been phenomenal and continues to have a dedicated fan-following. The fact that it brings employment to countless women giving them a reason to hold their heads high is another achievement.

Do not judge it by its humility but judge kantha with its utility!

This is Neelu Agarwal, a content writer and a tarot card reader by profession but an equally passionate traveller who likes to have a good time! Delving into the tangible and the intangible is my calling and then expressing them through my writing, my need. Connect with me at https://www.facebook.com/neelu.agarwal.773 to know more about me.
← Previous Story
Gangtok Tour- an enchanting escapade!
→ 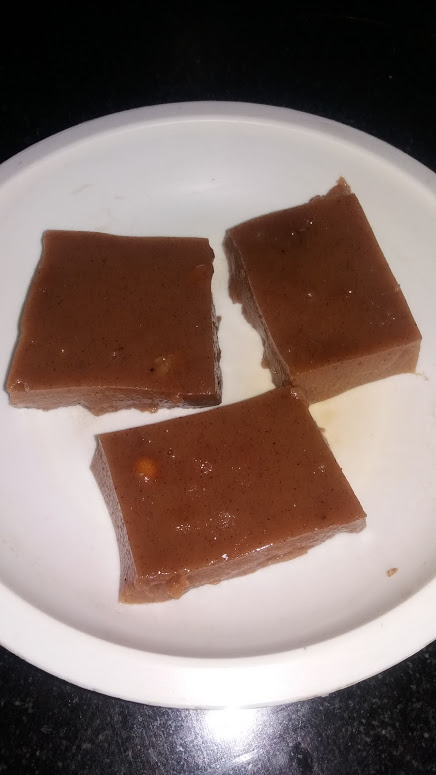 Haalbai is one of the traditional, age-old, Indian Sweets made from a combination of Coconut, Raagi, or wheat flour and jaggery. Earlier... 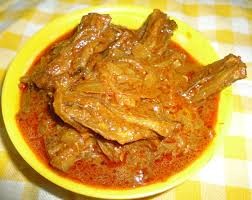 A Fish drying process was initiated by our ancestors for the provision of fish during the time when it becomes difficult to get fresh fish.... 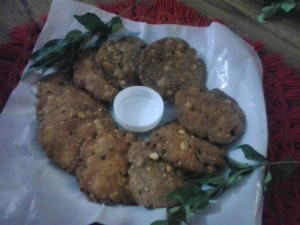 Nippattu is a snack which is delicious, crispy and light. Easy to make, this can be stored for a long time. Though there are many recipes...

Fish Curry and Rice Bengal feels incomplete without its traditional everyday dish of fish curry that they have with bhaat or rice. Although...