Will superstar Rajnikanth’s property be auctioned?

The Superstar and his Lady

The news that Rajnikanth’s property is going to be auctioned is making rounds all over. Actually, it is the Super star Rajnikanth’s wife’s 2 acre property is going to be auctioned. This notice was issued by a public sector bank, namely Exim bank. They notified that they have taken the possession of the property belonging to Mrs. Latha Rajnikanth which is situated in Padapai, Kancheepuram district. This place is nearly 80 km from Chennai city. 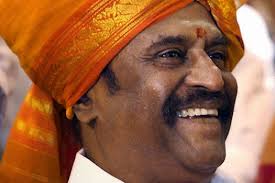 According to the notice issued, Latha Rajnikanth, wife of Mr. Rajnikanth, was the guarantor for the loan sanctioned to Media One Global Entertainment Ltd. The amount of Loan was Rs. 22.21 crore. Moreover the interest is also due on it. It was notified that since July 17, 2014, the amount has been due. Further interest and other damages have also accrued with effect from July 18.
Sources have revealed that this will add up to the grievances of superstar Rajnikanth as recently his film ‘Linga’ was not as much a success as expected. Moreover the distributors have geared up and also demanding compensation form Rajnikanth. He dealt with the similar crisis 10 years ago when his film Baba turned out to be a big flop and he settled with distributors. But this time Rajnikanth is rock solid and is not willing to compromise, says a producer. These times in Rajnikanth’s life are straining with consistent troubles over the last 3 years. He was admitted in a Singapore hospital in 2011 due to serious ailments and stayed there for few months.
It is happening for the first time that his property is going to be auctioned and for the superstar of his esteem, it’s a worst feeling. This production house Media One Global Entertainment Ltd. recently produced “Kochadaiiyaan”, an animated film directed by Soundarya Rajnikanth. The company is looking forward to clear the loan before March 31, 2015, after having various negotiations with the Exim bank. But we, as his sincere fans, wish the best for our “Thalaiva”. Let’s see what future holds for him.

Out of all diabolic traits existing in this country, I tend to provide some sublime thoughts which may consequently lead to an Utopian society.
← Previous Story
Life at Border: “Strive, Else You Won’t Survive”
→ Next Story
Bengaluru Bomb Blast – One Killed 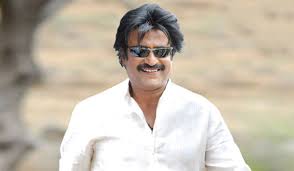 Rajnikanth to Act in the Remake of Raj Kumar Movie Bangarada Manushya?

Yes, this is true. Raj Kumar had given a super-duper hit movie in the 70s named ‘Bangarada Manushya’. The movie had created amazing...