Life at Border: “Strive, Else You Won’t Survive” 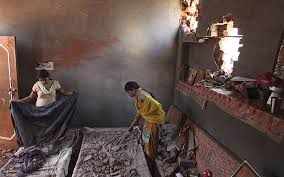 Yes you won’t! It’s not easy out there. We all can get cozy with a cup of coffee while reading this article. But they strive to survive out there, won’t rest; until they rest in peace. India shares its border with seven countries of which Bangladesh sustains the highest share of 4096.7 km. But the maximum residents are designated at the Indo – Pak border and it is the most turbulent border as far as other borders are concerned. Ceasefire violations are very common at LOC (line of control), which separates India from Pakistan. It is not limited to LOC; things are controversial at other borders also. The lives of people have become hell and terrorism in not the lone reason. Let’s try to peep into their lives and find out what’s the cause for such disruption! 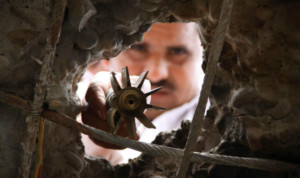 Pakistan won’t grow up!
Busiest border! The Indo-Pak border, often leads the news headlines with ceasefire violations. There have been 82 violations till august this year, and counting. Five Indian soldiers were killed in action on 6th August at Poonch sector this year. Since then, it’s a daily routine for them to tickle with their guns aimlessly. Nevertheless, they don’t realize that sometimes these bullets and shells take innocent’s blood. People living there are always in a subtle state. There have been an official ceasefire declared at this border in 2003, but all these hopes went in vain. There is no peace at border, and neither in the lives of the people. Ever since partition, these people have never seen any ray of hope. Their families were divided, the lands were divided, and see the irony even their religions were divided! They have been through the days of war, days without shelter, days through the darkest winter. They cannot leave it as there is nowhere else to go. When we consider J & K, things aren’t good there. Terrorism has turned this heaven to hell. People live in terror, fear of their own neighbors. What can be done? Let’s hope for a change as in this case, we cannot be the change! 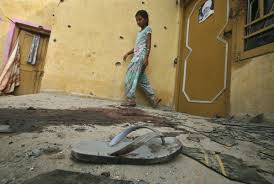 There are people living in border enclaves between India and Bangladesh. They aren’t the citizen of any country; they live in “no man’s land”. These people have nowhere to go. When they try to step into Indian Territory, they are persecuted by the officials. These people have no other option as they have to earn a living. You will be amazed to know that more than 75% of people from Bangladeshi enclaves were imprisoned by the authority for entering the Indian Territory without any documents. People of Indian enclaves at Bangladesh suffered a similar fate. There are no schools, health services or any other facilities given to them. But the people living there, sustain with the hope that when they die, they will die as a gratified citizen of a country. The Modi’s Government has assured to pass a bill that will open the ways to exchange the enclosures of both countries. Mamta Banerjee has also agreed to this proposal foreseeing the betterment of people. However, she denied the same proposal made by Manmohan Singh two years ago. Hopes never die, and these people have already packed their bags in hopes of a bright future. Let’s see what happens next. In this way, these dwellers won’t have to forge their documents and would live a better life. 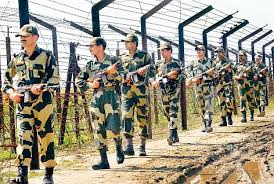 Some people unknowingly cross these border areas and get captured by the authorities. Few lucky one are released, while most doesn’t get the chance to take their last breathe in their own country. There are some fishermen, often captured at coastal areas near Sri Lankan border and they live rest of their lives in vain. These people living in border areas, do not deserve this fate. Sometimes being philosophical we do think, why these borders are made. They can live in different countries, follow versatile religions and have different colors, but one thing which does not comply to these aspects is “humanity”. You may get reluctant, but you cannot ignore it!

Next Story
Will superstar Rajnikanth’s property be auctioned?

Cross border terrorism in India: A quest for nothing

Terrorism, this word is so peculiar these days in the context of our country that we almost fade out with even a slight notice of it. Why...