As the world prepares to welcome the year 2015 with all grandeur, some people are struggling to deter the enthusiasm. One such incident took place on Sunday night and one woman lost her life and three people are seriously injured in Bengaluru bomb blast. 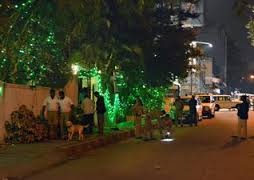 The incident happened on Church Street, the center of commerce and heart of Bangalore. Church street is the place where revelers gather on the night of 31st December in huge numbers to welcome the new year. The Bomb blast, which was not very powerful may be the idea to scare people and destroy their festive mood. The bomb which was wrapped in a Telugu Paper and a piece of old lungi was placed at the entrance of the Hotel. The intention looks like scaring the people rather than causing too much damage.

The woman who had gone to Church Street with other family members suffered head injuries and succumbed to the injuries in hospital. Three other people have suffered grievous injuries and are being treated in the hospital. 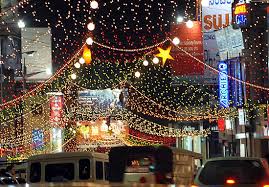 Church Street in all its Glitter

Investigation is in full swing and the police are certain of nabbing the culprits. CCTV footage is being examined in detail to get clues. More details are awaited. How this affects the New Year Eve celebrations in Church Street is yet to be seen.

Next Story
Acid Attacks over a woman doctor in West Delhi