Acid Attacks over a woman doctor in West Delhi 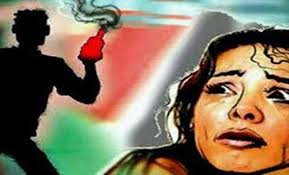 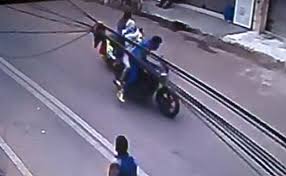 Another shameful incident took place in the capital region this Tuesday when two juveniles threw acid on a woman doctor. Reports say that the whole conspiracy was planned by Dr. Ashok Yadav, who plotted this whole scene after facing rejection on a proposal. He was supported by one of his friends Vaibhav who helped him to hire two minors. Doctors have reported that there are null chances of her right sight being restored.
They both have been friends since college days. Yadav studied MBBS from Russia, while she did it in neighboring Belarus. The victim always thought of him as her best friend while Yadav sustained different feelings. She had blind faith in Yadav and the irony is that he was the He actually goes even further, in the package proposing to reduce the best credit cards for current beneficiaries to 15 cents per megawatt hour of subsidy until 2024. first one to be contacted by her after the incident took place.

When will humanity return?

Reports revealed that two minors were paid Rs. 25,000 for getting the work done. The juveniles confessed that they mocked the incident couple of times before the actual attack. They conducted a dry run by filling the syringes with water to keep it precise. On the day of actual incident, they followed her with their bike and tried to snatch her bag near Rajouri Garden to make it appear like a robbery. The rider tried to snatch the bag while the pillion threw the acid. Yadav wanted a part of the face to be targeted which could be recovered from plastic surgery. So he suggested syringes to make it more accurate. This whole act of cruelty was recorded by the CCTV cameras placed in the market areas. Both juveniles were sent to the correctional facilities.
Yadav was detained on suspicion and later he confessed his crime to the police. This is just a minor incident which has added up to the series of incidents that occurred in Delhi this year. We hope for a resolution in this aspect as national capital reflects the integrity of a country.

Out of all diabolic traits existing in this country, I tend to provide some sublime thoughts which may consequently lead to an Utopian society.
← Previous Story
Bengaluru Bomb Blast – One Killed
→

Next Story
Taking care of your daughters – Part I