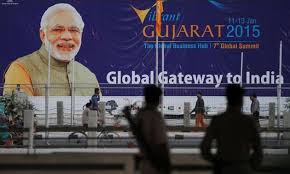 Chairman of Reliance industries Mr. Mukesh Ambani announced a huge investment of Rs. 100,000 crore in next 12-18 months in Gujrat. He made this announcement as a slight contribution to the make in India initiative. India is on its verge of becoming one the world’s biggest economy and this is a small step to accelerate its growth. These investments are characterized to enhance the growth in petrochemical production along with the introduction of the 4G services, making its contribution to Make In India campaign and Digital India initiative.

This was the 7th Vibrant Gujrat summit and many famous personalities joined this major event. Billionaire Mukesh Ambani said that “we will invest over Rs. 100,000 crore in the next 12-18 months in contributing to the Make In India and Digital India initiatives”. He further said that Reliance industry will support various small businessmen and entrepreneurs to enhance their business with us as a part of their investment program. “India can chart a path under our Prime Minister in the next few years to really become the fastest growing economy in the world. A goal that is possible to achieve,” he stated. 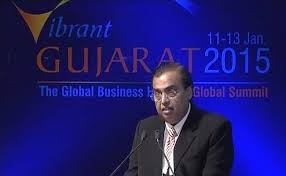 Reliance to Invest in Gujrat

Ambani said he has been to all the Vibrant Gujrat summits and appreciated the efforts made by Modi stating he has made India proud. He urged to the industrialists around the world to invest in India, while addressing the delegates and said that initiatives like this sustain the potential to energize the nation. Vibrant Gujrat Summit first started in 2003 by Narendra Modi and after that it has been organized many a time to attract foreign investment in Gujrat and its results are well renowned across the globe.
Ambani phrased Reliance industries as an inseparable part of the Gujrat and said that their continuous investments for the last three decades have turned this vague vision into a reality.