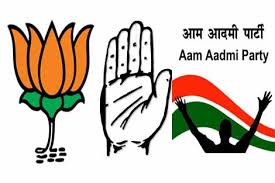 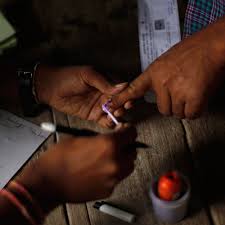 The much awaited schedule for the elections in the national capital has been announced. Election commission announced the date for assembly polls on Monday stating that it will be held on February 7. Along with the declaration of the schedule, the election commission ensured the Model Code of Conduct in the elections. Governor will issue the notifications for the elections on January 14. Last date for candidates to file their nominations is kept January 21. Across the 70 constituencies of NCT (National Capital Territory), more than 1 crore people are deemed to participate in the voting procedure.

Parties are gearing up

The chief Election Commissioner V.S Sampath stated that “The dissolution order of the president will expire by February 15 and in order to restore the mandate of the people, the commission has decided to go in for elections where the results will be known well before February 15”. This time Delhi is the lone region where the elections will be conducted and no other state’s election will be clashing with its schedule. The counting of votes will start from February 10.
The Election Commission has ensured that there will be a fair conduct of the elections all over the place without any discrepancies. Moreover, they seem concerned about the money power during the elections and assured that every possible step would be taken to eradicate it. In addition to it the political leaders are strictly warned from delivering the hate speeches during campaigns. Sampath further added that “There will be strict and ruthless enforcement of the Model Code of Conduct during the Delhi polls and we will have zero tolerance against such occurrences”.
These elections are sought as the most important event for various political parties to grasp the power at the center. Leaders from various political parties have come up to welcome the decision made by the EC and are looking forward to participate with full zest. We would love to see the game plan in the capital, but till then let’s keep our finger crossed and wait for it!