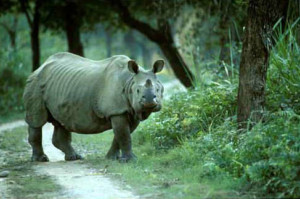 The state of Assam has five national parks, two of which are designated World Natural Heritage sites and several wildlife and bird sanctuaries, making it a blessed land for wildlife enthusiasts, and thereby sky-rocketing Assam tourism. Kaziranga National Park, however, is the cream of the lot. Kaziranga also has several books, songs, and documentaries associated with it.

Kaziranga National Park is spread over 858 sq. kilometers and is located in the Golaghat and Nagaon districts of Assam. The national park is renowned not only for hosting two-thirds of the great one-horned rhinoceros, but Kaziranga also boasts of the highest density of tigers among protected areas. A World Heritage site, Kaziranga National Park in Assam combines high species diversity and visibility. This has also led to it being described as a biological hotspot. Located in the floodplains on both sides of the river Brahmaputra, the park includes numerous small bodies of water.

Kaziranga Park was founded in 1905 when Mary Curzon, the wife of the Viceroy of India, visited Assam but failed to sight a single rhinoceros in her game safaris. It was as a result of her persuasion that the Kaziranga National Park was established in a bid to steady the fast depleting numbers of the species of rhinoceros for which the state of Assam, and subsequently the Kaziranga National Park, are famous. The national park has withstood many natural as well as man-made hardships, with there being quite a number of floods in the area in the recent decades. People from surrounding villages have been involved in encroachment along the boundaries of the Kaziranga National Park Assam. But the Kaziranga Park has passed all tests that it was made to go through, and exists as one of the most prized possessions of India’s wildlife sanctuaries and national parks.

Kaziranga National Park can be reached by going to Rowriah, which is the nearest airport from the national park at 97 kilometers away from it. It is also well connected by roads to some of the nearby cities, with it being a little over 200 kilometers away from Guwahati. One can find accommodation in any one of the hotels and resorts located at various places inside the national park, giving the tourists a real feel of being as close with the wildlife in the park as possible. The national park is covered with tall Savanna grass, thus making a safari on elephant back a viable as well as lucrative offer. The safari done in this way is a relaxed and comfortable one, but the drawback might be that one might not be able to cover large distances. Taking the traditional safari in a jeep can tackle the situation very ably.

What you will be treated to?

The most sought out species of animals in Kaziranga National Park, Assam is the great one-horned rhinoceros, and with the park housing more than 70% of the world’s reserve of the same species, one is bound to stumble upon them. While taking a safari, the tourists very commonly find the species in big herds; sometimes grazing the grass, and sometimes ambling leisurely through the water. Apart from the one-horned rhinoceros, the other species that say something about Kaziranga National Park and its vast reserves of wildlife are the Leopard, Fishing Cat, Large and Small Indian Civet, Hog Deer, Barking Deer, Capped Langur, and many types of birds as well. It has been identified by Birdlife International as an Important Bird Area, for it is home to 25 globally threatened and 21 near threatened species of birds. Some of the birds that can be found in this national park of India are pelicans, grey-haired fishing eagles, rose-ringed parakeets and red jungle fowl.

Previous Story
DK Ravi no more! How Many more Lives?
→ 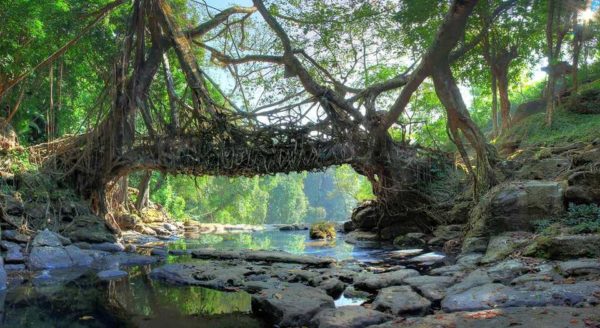 The Top 10 places to visit in Northeast India! 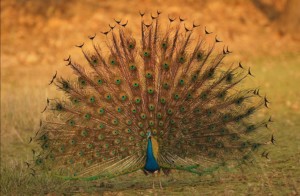 Wildlife Photographer – A Man who Grooves with the Wild!

A nation as diverse as ours has no dearth of places where the wildlife photographer can satiate his innate desire to connect with the wild.... 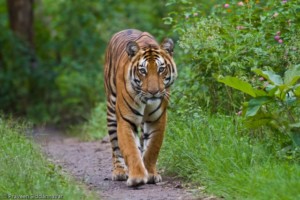 Want to  get up close and personal with the regal tiger? Head to the Bandipur forest, where you can not only spot the mighty tiger but...