DK Ravi no more! How Many more Lives? 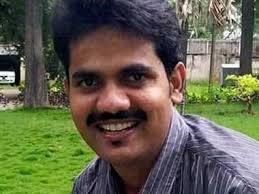 DK Ravi, the honest officer who dreamt of bringing changes in the society is no more. His death is a mystery to everyone except for those in the power house.

DK Ravi, who comes from a humble family struggled very hard to make it to IAS. When he succeeded, he had big dreams of bringing change in the Indian administrative Scenario. He struggled hard to help the poor and the needy. He bounded upon the people who made mistakes. His main target was sand mafia, real estate mafia. He brought many innovative changes in the administration and became popular within a short span. As a Deputy Commissioner of Kolar, he brought major changes in the lives of poor people. His stringent and daring acts could not be tolerated by the so called power people who transferred him giving administrative reasons.

The transfer itself had invoked much opposition and people voiced their dis-satisfaction which was turned down. But an able officer cannot be silenced. Ravi continued his good deeds, even after transfer. As he was posted to the Revenue Department, he continued his raids and within a very short span got a revenue of crores of rupees to the Government.

His good deeds and brave acts were rewarded by death. Government claims a brave officer like him has committed suicide. Can anybody believe this? Even a layman is not ready to believe this. 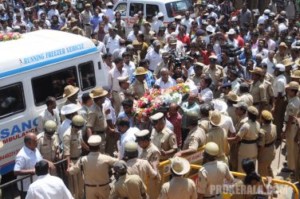 A nice human being who wanted to help the poor, who inspired many students to study, who helped every needy person met with a sad end. He never wasted a single minute of his time, who invested his spare time in teaching aspiring students is no more.

The death of Ravi is not just a loss to the family, but to the entire India. An able, efficient administrator has met with a sad end and all his dreams left incomplete.

People are eager to know the real reason behind his death. Every one fears that the reality may be hushed up for other reasons. If you have concern for this brave hero, log on to https://www.change.org/p/prime-minister-of-india-home-minister-of-india-make-cbi-probe-on-mysterious-death-of-ias-officer-d-k-ravi?recruiter=9344770  or log in to www.change.orgdk and search for DK Ravi and sign a petition.

Your signing the peition may help bringing out the truth. That is the least we can do for this Real Hero DK Ravi.

Next Story
Kaziranga National Park Assam – Treat for the Eyes

DK Ravi case is finally handed over to CBI1 The mysterious death of IAS officer DK Ravi had enraged the people of Karnataka state and the...