Jayaprakash Narayan or JP: The Echo of Bihar Jayaprakash Narayan popularly known as JP was anything but a politician. A man of few words and greater deeds, “Loknayak” of the masses, he had an attractive simplicity in which dwelled his charismatic persona. An aggressive and thoughtful person, he wasn’t ever apprehensive of switching from one ideology to the other for good. Hailed for his peculiar choices in the politics by young followers, there was little that deterred him from his path except for his own realization and assessment.

Only he had the mettle to denounce the rule of a celebrated Prime Minister (Mrs. Gandhi), realizing that the democratic ways were neglected and were affecting the masses. There lied a young braveheart in the body growing old, which refused to ‘let go’.

The land of Bihar watched the sapling of revolution grow in the Champaran Farmers agitation to the making of new India and producing numerous national leaders who contributed to writing the future of democratic India. Sitab –Diara, now in UP, was a part of the Province of Bihar in the colonial rule. Jayaprakash Narayan was the son of this glorious soil, which has sown the seeds of nationalism in colonial India.

The hostel buzzed with revolutionary poems, songs, and debates. “Saraswati” and “Prataap” (nationalist magazines) became Jayaprakash’s inseparable companions. It is said that he used to be so engrossed in reading these, that his chapattis on the table used to become crisp, of which friends joked that he waited for the chapattis to become as crisp as the journal’s pages!

Jayaprakash Narayan’s logically inclined brain was incessantly in the quest of reason before acceptance of any ideology. Born in a Hindu family, he wouldn’t accept customs unless he was given logical explanation and credibility to follow them. As a young boy, he despised religion and the customs associated with it. Later, when he took on Bhagwat Geeta, he changed his point of view towards Hinduism. He went in-depth with Geeta and relished the “Effects of Karma” cited in it. The variety of books spread in his room enlightened Jayaprakash Narayan’s mind strengthened his beliefs that made his personality stand tall in the crowd.

Jayaprakash felt perturbed seeing the injustice towards his classmates, but couldn’t find a way out. Most often he would meddle with the management. His attitude made him popular among the students whereas he was counted as a notorious rebel among his teachers and college management. This was also the time when Jayaprakash Narayan met his lifelong companions like Shrikrishna Sinha and Anugrah Narayan Sinha. Saraswati Bhavan (college hostel) had become center of the political, cultural and religious discussions and the inmates’ soul yearned for one common goal: freedom.

The boys, at times, organized group discussions and dramas in the college campus on freedom struggle and movements led by the nationalists, which couldn’t escape the surveillance of the college administration. Jayaprakash Narayan and his group were highly influenced by the non-co-operation movement held by Mahatma Gandhi after the Jalianwala Bagh massacre in 1919. In one such congregation, JP heard Maulana Azad and each word spoken by him patterned the steps he took further in his near future. He decided to quit Patna College and join Bihar Vidhyapeeth run by Dr. Rajendra Prasad.

Meanwhile, Jayaprakash Narayan tied a knot with Prabhawati who shared his love for the nation and joined hands in the movements he was deeply involved in. A bright girl of fourteen, Prabhawati was courageous and enterprising. The intense desire to contribute to the Indian National Movement couldn’t fade in her even after getting married. Instead, she now found a companion with whom she could discuss her plans and could find help in their execution.

Jayaprakash Narayan knew that Prabhawati could not reside with him in the Vidhyapeeth hostel, he was apprehensive to suggest his newlywed wife go to her father’s house. His wife, however, wasn’t just another young woman dreaming of a happy married life, but a warrior of freedom, who proposed to go to Sabarmati Ashram and offer her services. Sadly, Prabhawati, later lost her fight to cancer in 1973.

THE MAKING OF THE LOKNAYAK

After much effort of his own, Jayaprakash Narayan succeeded in reaching to the University of California (US) for higher studies. Sociology was his major subject, he exhibited his study of Karl Marx and gradually turned his views to Marxism. The time he spent in the US, studying in different universities due to financial problems added more thoughtfulness and commitment to his personality to serve his own people back home.

The US at that time witnessed several revolutions from factory workers to racially discriminated society. These incidents and the atmosphere had a great impact on JP. This was the time he tested his hammer to hit hard on the British. The time Jayaprakash Narayan was becoming Loknayak. His social consciousness was more intense and his desire for a free social-democratic republic of India was deep-rooted on his return in 1929.

THE SEED OF SOCIALISM IN INDIA

Returned as a Marxist, JP actively participated in the civil disobedience movement run by Mahatma Gandhi, and like other influential leaders was sent to Nasik jail for one-year imprisonment. He utilized his socialist studies there to convince other Congress leaders with him, that socialism was the only indispensable way to overcome the poverty inequality in India. Together these leaders formed a subgroup within congress known as the socialist congress party.

He opposed the decision of Congress when it decided to participate in the first general elections in 1935. Between the years 1939 – 1943, he was imprisoned several times by the British government but used to escape. The discomfort was not in the prison walls but in his heart to do much more for his country outside.

In free India, he was offered the minister’s post in Nehru’s cabinet but he refused & opted to join Vinoba Bhave in his Bhoodaan movement. He opted to remain aloof of politics devoting himself to the greater causes of society. On his initiative, many bandits of Chambal surrendered to the government and joined the mainstream.

As Jayaprakash Narayan kept himself indulged in the social service, Indian politics was taking a drastic turn under Indira Gandhi’s regime. The Congress had withered into a group of fawning flatterers. At 72, Jayaprakash, the Loknayak, couldn’t bear the ongoing atrocities and indifference of the government towards the common masses. There was hunger, corruption & unemployment and the cries of the people fell to the deaf ears of the ministers. Moreover, this was painful for Jayaprakash as he had never thought that a party that had been elected to build up a nation by the people who have witnessed two decades of suffering, would become a puppet of a family.

The public outrage was on its edge, ready to explode. He once again geared himself to fight yet another battle against injustice and corruption. He held a peaceful march which was lathi-charged. Undeterred, JP led yet another youth march to Patna Gandhi Maidan to register his disagreement on the government policies. He declared that this wasn’t a nation for which many people laid their lives. That the dream of a free nation had not been accomplished yet and a “Total Revolution” was on the verge.

The march saw one lakh youth gathered at the voice of the 72-year-old JP, who roared “Singhasan khali karo ki Janata aati hai” (Dinkar’s poem). He was arrested with his supporters and the country witnessed a black phase of democracy in India – The Emergency.

After enormous pressure and public rage, the then prime minister Mrs. Indira Gandhi released all the leaders and declared the general elections. The election witnessed the emergence of the Janata Party, the first socialist party of India. Jayaprakash Narayan, now the veteran Loknayak, was high in spirit but health kept fading. He, who always toiled hard to sow & never wished to reap the benefit, once again followed for the heavenly abode on Oct 8th, 1979.

No youth can hope to dream and attain what JP has! The courage to admit own mistakes and to rectify them, the simplicity interweaved with charisma, the urge for justice, could be found only in Jayprakash ….the one beam of light enough for the whole depth of darkness!

About the Author / Gayatri Prabhakaran

I was caught by the writing bug when I was a schoolgirl. History fascinated me, but also I could not engulf the way the facts were presented. This has to lead me to thorough scrutiny of the facts, which now has become a habit. I hope the readers will get a more realistic view of Indian history through my writing.
←

Next Story
Saikhom Mirabai Chanu: Know All About The Gold Winning Weight Lifter 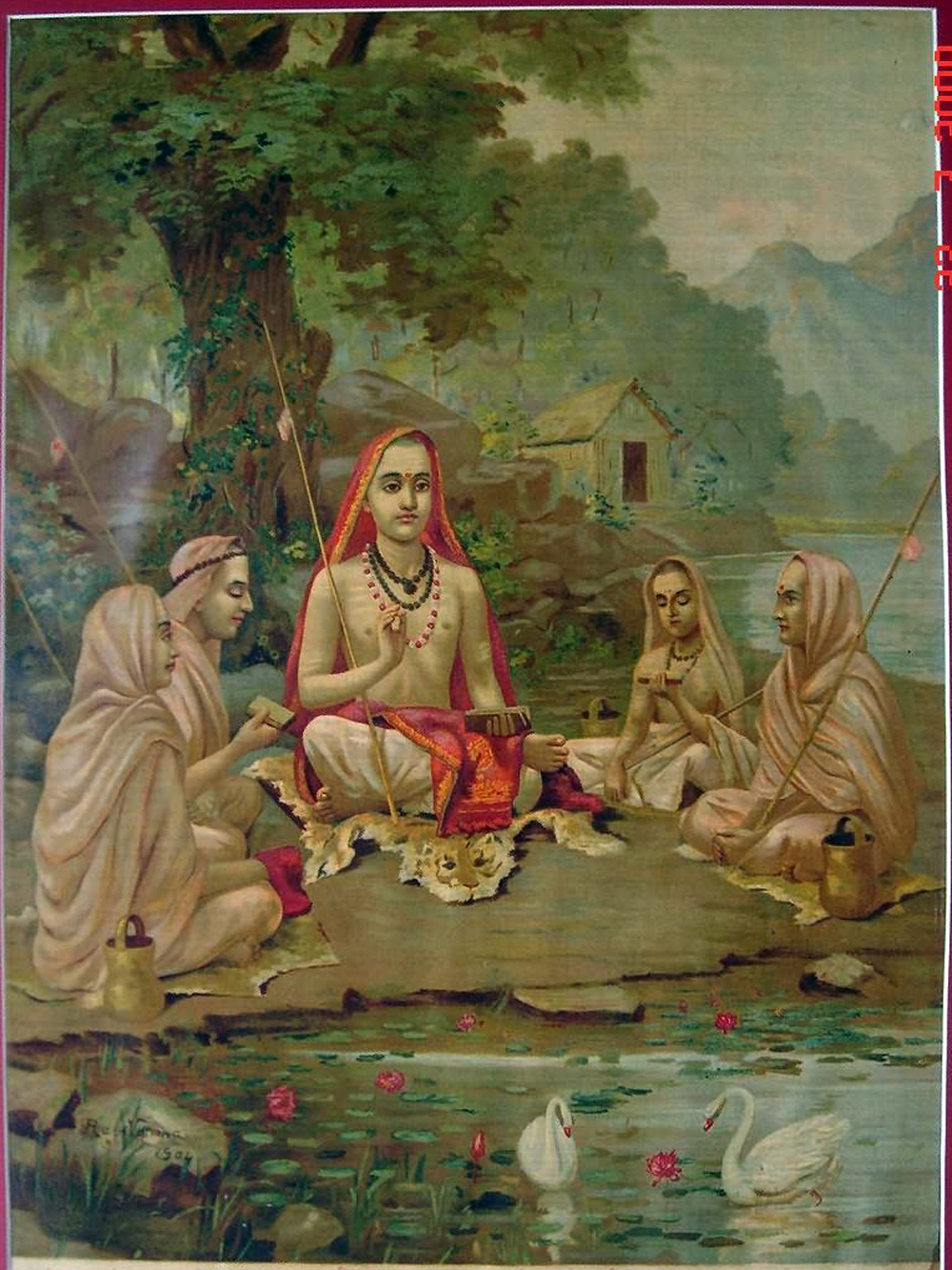 Twelve hundred years ago, when a state of chaos governed the spiritual domains of the country and Sanatana Dharma was in a critical stage...