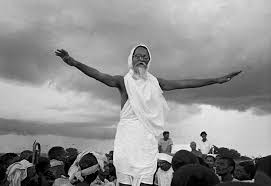 The first thing that comes to our mind about Vinoba Bhave is the Bhoodan movement in the 1950s. But did you know that he played an important role in the pre independence era as well? He was chosen as the first individual satyagrahi as a precusor to the famous Quit India Movement by Gandhi Ji personally.

How did Vinoba Bhave join the independence movement?

Vinoba Bhave also known as “Acharya” (teacher) was born on September 11, 1895 to a brahmin family in the small village of Gagode in Maharashtra. At a very young age he was inspired by the Bhagavat Gita. It was the speech given by Gandhi Ji at the Benaras Hindu University that changed the entire course of Vinoba Bhave’s life. He burnt all his certificates and dedicated his life to the country. He met Gandhiji at his ashram after which he took to spinning, improving the life of people and teaching the people at the ashram. 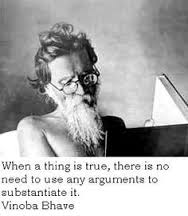 Independence movement did not just involve freedom from British rule but also the liberation of the lower depressed classes from the ancient practice of untouchability, upliftment of the downtrodden people and creating a sense of nationhood among the people of India. He lead the first mass satyagraha the “jhanda satyagraha” or the flag satyagraha. He participated in the famous Vaikom Satyagraha in Kerela which was a agitation for opening up of temples for the harijans or lower castes.He built a Gram Seva Mandal for organizing and coordinating village social work. He is also credited with the establishment of the first Indian Institute of leprosy service at Dattapur. Leprosy in those days was seen as a social stigma and this step intended to treat people affected with leprosy as human beings.As the first individual satyagrahi he spoke against the British participation in the Second World War. How could British fight for the freedom of people from the dictators like Hitler when they themselves had not given freedom to India? He was sent to jail.

Vinoba Bhave was sent to jail in numerous occasions. He used his free time in jail to read and write. He learnt four new south Indian languages. He gave lectures on the Gita to the other inmates. All his teachings were compiled later on into a book. 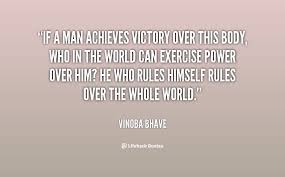 Immediately after independence he found the Sarvodhaya Samaj. the newly formed Indian Government enacted the Zamindari Abolition Act to neutralize the atrocities committed through the zamindari system to redistribute land to the tenants. This was not successful as the zamindars used the loopholes in the law to retain huge amounts of land for themselves. This is when Vinoba bhave stepped in. He asked all the rich families to divide their property into portions and donate one portion to a poor person. He started his “bhoodan” movement from Pochampally of Telengana. He walked from village to village collecting the one portion of land people were willing to give him. There were instances where people donated as much as 200 acres of land out of goodwill. He redistributes this land to the poor landless labourers. He founded the Brahma Vidya Mandir, an ashram for exclusively for women which helped them be self sufficient and empowered. He also underwent a fast unto death for implementing a ban on cow slaughter which was one of Gandhi Ji’s core principles. This spiritual successor of Gandhi Ji coined the slogan “Jai Jagat” which means the world is one family and really worked hard towards making it come true. He was the first person to be awarded with the Ramon Magsaysay Award for community leadership in 1958 and also received the Bharat Ratna posthumously after his death in 1983. His ideals thrive today as strongly as when he was alive, through his numerous quotes.