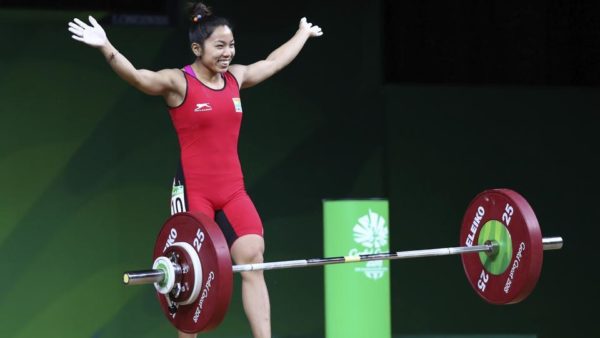 The “Padma Shri” awarded Indian female weightlifter “Saikhom Mirabai Chanu” is a Wonder-woman.  Not simply for the reason that she clinched a Gold Medal in Commonwealth games, 2018 held in Australia. But, she is a Wonder-woman also because she broke 3 records in this process.  With this win, she put an end to India’s long twenty-two year wait for Gold in the world weightlifting championship.

Here are some other particulars about her that might be of interest to you: 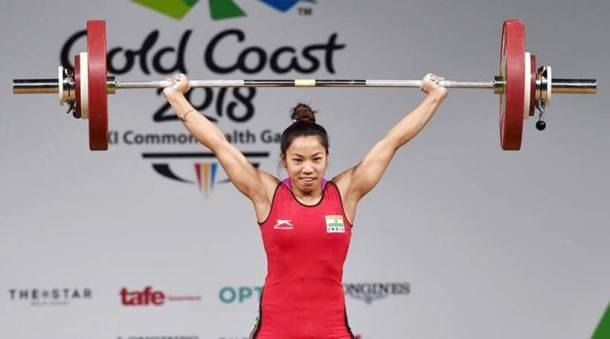 What does Saikhom Mirabai Chanu lift?

Saikhom Mirabai Chanu stands 4.11” tall. She has lifted more than four times her body weight in various competitions. She began her sports journey from a young age of 9 years. But do you know some surprising facts about Mirabai Chanu?

The world-famous Indian weight-lifter never thought of becoming a weight-lifter in the first place.  “I don’t think love is once in a lifetime. I think love is always a possibility”, goes a well known saying. Some of us would agree with this. Others might show their disapproval. And then, there will be those who believe that this possibility is limited only to the love between two persons. Wrong. Second love is a possibility.  And, this possibility goes beyond the love between individuals.  In the case of Mirabai Chanu, her first love was “archery”.

Mirabai Chanu was certainly not a born prodigy. Yet, even as a child, she harbored dreams of becoming a sports sensation. But, unlike her siblings and cousins who loved to play football, Mirabai Chanu preferred clean and chic sports. Archery seemed to fit the bill. Mirabai Chanu shared in an interview that she wanted to become an archer because archers just needed to stand and shoot.  Driven by her ambitions, she visited Sports Authority of India center in Imphal in the year 2008. As luck would have it, there was no archery training that day. So, the teenager could not meet any archer to guide her. Instead, she got to see the clippings of Kunjarani Devi’s performance in the weight-lifting field.

Also, she got to meet Anita Chanu, who initiated Mirabai Chanu into professional weight-lifting. This is how a budding Indian woman archer turned into a promising Indian woman weight-lifter. Yes, this is all surprising, but true.

Is Saikhom Mirabai Chanu’s mobile as smart as her game?

The suave weight-lifter maintains distance from smart-phones and uses simpler mobiles instead. Mirabai Chanu cultivated this habit during her initial training days at the Imphal training academy, where the use of smart-phones was prohibited. She continued this practice even at the national camp. This, in fact, motivated other emerging weight-lifters to follow her footsteps. This powerful Indian female weight-lifter suffered from depression after her disappointing Olympic debut in 2016. Recently some Bollywood celebrities have opened up about their battles with depression and anxiety. These include Shahrukh Khan, Deepika Padukone, Varun Dhawan, Manisha Koirala, and Anushka Sharma, to name a few.  In the global context, scores of well-known sportspersons including cricketers, athletes, wrestlers, boxers, and others have been known to suffer from this ailment. Not many opened up about it. But, Mirabai Chanu decided to do the opposite.

Mirabai Chanu was among the two weightlifters who failed miserably at the Rio Olympics held in 2016. Mirabai Chanu started wearing Olympic rings shaped earrings after the Rio games. She wore these to remind herself about her upsetting Rio performance. However, later these ornaments acted as reminiscences to focus on performing better in the future.

Mirabai Chanu had shared in an interview that the social media trolls and wide-spread condemnation of her coach had hurt her badly. All this made her feel like a complete loser and depressed.  So much so, that she even pondered over giving up sports training and even this career.  It took her loads of time to get over this distress. But, besides countless personal adversities and professional setbacks, Mirabai bounced back. And did that, with a bang! She credited her parents, family members, and her coach for helping her in combating depression and coming out triumphant.

Does Saikhom Mirabai Chanu look up to someone?

What does the future hold for Saikhom Mirabai Chanu?

Mirabai Chanu is an extremely hard-working sportsperson. She puts in her best effort at practicing even during the offseason when nobody would watch her. This quality has always set her apart. With age on her side, she can go on winning accolades for India and making the nation proud for many years to come. She has now set her heart and mind at lifting up over 200 kgs weight and winning Gold for India at the Asian Games to be held in later 2018.

While the Indian women sportspersons and specifically women weightlifters are yet to prove their mettle at international events. It would not be wrong to say that the champions like Mirabai Chanu have the aptitude to bring about a sea-change in the Indian sports arena.

Previous Story
Jayaprakash Narayan or JP: The Echo of Bihar
→

Next Story
5 Must Try Escapades in Surigao del Sur, Philippines that Will Stimulate Your Wanderlust!

6 Replies to “Saikhom Mirabai Chanu: Know All About The Gold Winning Weight Lifter”