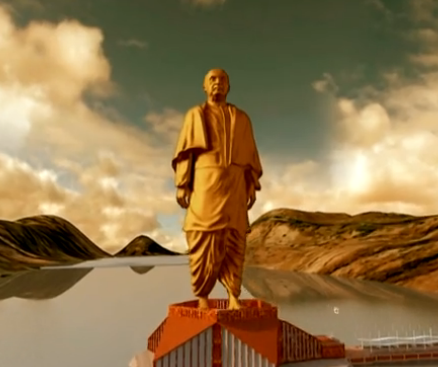 Vallabhbhai Patel was one of the prominent leaders who played a significant role in the freedom struggle of India against the Britishers. He was the prime person behind the integration of India into an independent and a united nation. Vallabhbhai Patel was given the appellation of the ‘Iron Man’. He was given this epithet because of his unparalleled efforts in convincing the princely states to unite with India after Independence. He was a principled man. He is also known as Sardar Vallabhbhai Patel because Sardar stands for Chief in Urdu, Hindi, and Persian. 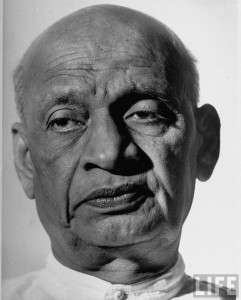 Sardar Patel was the son of Ladba and Jhaverbhai Patel. They were a Patidar family in Gujarat. Karamsad was the native place of Vallabhbhai Patel.

Vallabh Bhai Patel aspired to be a barrister. To fulfill his ambition, he wanted to go to England. However, he could not even afford to study in India. To achieve his goal, Sardar Patel borrowed books from a lawyer and studied himself and passed the exam successfully. Later on, he went to England and returned back as a barrister.

Contribution in the freedom movement in India

Vallabh Bhai Patel was highly influenced by Gandhiji and his successful Champaran Satyagraha. Inspired by Gandhiji, he successfully organized the peasant movement in Kheda, Gujarat. Kheda was struck by drought in 1918. The Britishers refused to waiver off the high taxes that the peasants were supposed to pay. Gandhiji initiated the movement for this cause; however, he could not carry it forward. Vallabh Bhai Patel took the lead. The movement ended in 1919 with the British government suspending the collection of revenue. For this movement, Vallabh Bhai Patel gave up his material ambitions and law practice. Due to the success of this movement, Sardar Vallabhbhai Patel became a nationwide hero. He was an active supporter of the Non-Cooperation Movement started by Mahatma Gandhi. He relinquished English clothes and retorted to Khadi. He was elected as the President of Ahemdabad’s municipality thrice. During his terms, the city was transmogrified in terms of education, sanitation and drainage systems, and electricity.

Sardar Vallabhhai Patel was an active participant in the Salt Satyagraha started by Gandhiji. His encouraging speeches changed numerous people. People participated in huge numbers in the movement. He was chosen to preside over the Karachi session of the INC.

Sardar Vallabhbhai Patel died of a heart attack on December 15, 1950. His health began declining in the summer of the year 1950. Given the criticality of his health, Sardar Patel was taken to Mumbai from Delhi. In Mumbai, Sardar Patel stayed at the Birla House. He arrived in Mumbai on 12 December 1950. However, 3 days later, he succumbed to death. 1 million people came to attend the cremation ceremony of Sardar Vallabhbhai Patel.

Next Story
Are we at loss of emotions? Are we becoming Robots?