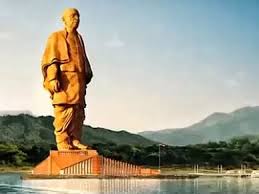 Narendra Modi had a dream of making a huge statue of Sardar Patel, the Iron man of India. This concept came into Modi’s mind when he was the Chief Minister of Gujrat. Modi planned to collect the iron required for the statue from the farmers and interested donors. His collection of iron campaign was a huge success and the iron collected was more than the quantity required.

The latest news about this subject is that a work order has been issued by the Gujrat Government. Can you imagine the cost of work order? It is a whopping Rs. 2989 Crores. The work order was issued in favour of Larsen and Toubro and the time line for completion of the work is estimated to be 4 years. This high budget statue would be tallest, standing at about 182 meters 600 feet. The statue is proposed to be unveiled at the Sadhu Island near Narmada Dam.

Sardar Patel deserves all the respect as he played a major role in Freedom Struggle. He organized people in Gujrat to fight for freedom in non-violent way. He left his prospective career as a lawyer to fight for a cause. People of Indian remember him as Iron Man, which describes him well. To respect this great personality, Modi came up with an innovative idea of erecting the tallest statue made of iron. 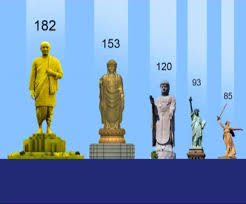 There are debates about the issue coming from all corners and people are both for and against this. Views like spending such a huge amount for a statue is debatable. Considering the economy of India, where children are succumbing to malnutrition, children are deprived of education and are made to earn to support families, would it have been better if the money was invested to address these issues? There is no edible drinking water available in many rural places. People have to walk long distances to reach hospitals. Many small villages are not connected with the other part of the world due to lack of transport facilities. Many villagers do not have access to basic facilities including medicines. There are views that the same money could have been invested to better the lives of the needy.

However, the work of the statue has kick started and India can be the proud owner of the tallest and the costliest statue in the world.