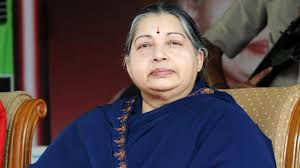 The AIADMK chief was forced to step down from her position of Tamil Nadu’s Chief Minister in September 2014 when she was convicted by a trial court in Bengaluru. Judge Michael D’Cunha had sentenced Jayalalitha to 4 years in prison and a fine of Rs.100 crores was imposed on the Tamil Nadu chief minister in the 66.64-crore disproportionate assets case. Jayalalitha, along with N Sasikala, VN Sudhakaran and J Elasvarasi had been found guilty of holding unaccounted income during her 1991-96 tenure as the state chief minister. The other three has been fined Rs.10 crores each as well.

However, Jayalalitha had appealed against her conviction, and the verdict was overturned in no more than 3 minutes in the high court session. The swiftness of the decision, and moreover the decision being in the favour of the party chief, took everyone in the court room by surprise. Even the public waiting outside had not been too hopeful for a favourable verdict, but on finding out about it, celebrations erupted outside the court itself.

Jayalalitha thanked her supporters for their unwavering faith in her, and thanked God for giving her such loving supporters. Public prosecutor BV Acharya claimed that the prosecution had not been allowed to make oral arguments in the court session. B Kumar, the AIADMK chief’s lawyer, claimed on the other hand that it was a historic judgement and the faith of people in the judiciary has been restored.

Next Story
The Big Banian Tree of Bangalore

There it goes; the year 2014 was full of turnovers and surprises. Many personalities made headlines through their achievements and Real...

Jayalalitha, the Ex-Chief Minister of Tamil Nadu landed in trouble because of assets! Yes, she was first accused of amassing...