A Delightful Confluence of Spiritualty, Adventure and Natural Bliss – Devprayag

Uttarkhand, the state of mesmerizing beauty blessed with natural wonders also carries spiritual importance. Called as the Land of Gods, the state opens the pathway to Himalayas, which is considered an embodyment of Lord Shiva.

Amidst the serene atmosphere, snow-clad mountains and meadows, fresh and energising air, dense forest, lush green surroundings, the spiritual shrines shine at Uttarkhand. One of the spiritual regions in Uttarkhand is Devprayag, a most visited travel destination and a holy land.

Devprayag is the first prayag, on your spiritual journey to Badrinath, which has five confluences called panchprayag. According to legends, the region is named after a saint called Dev Sharma, who led an ascetic life. Dev Sharma was able to have a quick glance at the God at this region. Dev means holy or god, and prayag means confluence. 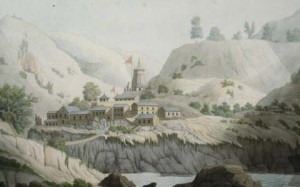 Devprayag – The fusion of contrasting characters

Devprayag is an unusual and mind-boggling confluence of two rivers, Alaknanda and Bhagirathi. Bhagirathi is primary stream of the holiest river of India, the river Ganges.

The fusion of two rivers is exotic as both these rivers carry different characters. While the river Bhagirathi is quite vigorous and roars like a ferocious animal and flows with an unbelievably rapid speed, the river Alaknanda is totally calm! Alakananda flows very at a slow pace, smooth and calm. Isn’t the blend of two rivers with contrasting characters alluring? The confluence of these two rivers beyond this prayag is named the river Ganges! This place is considered a sacred one as the holy river Ganges emerges and gets her shape from this confluence.

During the start of 19th century, the town was completely destroyed by a shattering earthquake. However, very soon, the entire region was completely brought back to its original form without a trace of destruction.

The meeting point of River Bhagirathi and River Alaknand has two kunds, namely Barahma Kund and Vashisht Kund. It is believed that bathing in this area provides relief from so called incurable disease, Leprosy! Also, it is considered a blissful place to get rid of all skin diseases and disorders.

Temples not to miss in Devprayag

In addition this confluence, Devprayag also houses many sacred places. You should never miss vising these places that carry the spiritual powers.

The temple is dedicated to Lord Rama, the incarnation of Lord Vishnu. It is believed that Lord Rama did penance here. The temple is one of the ancient temples of India and it was ascertained that the temple is 10000 years old. The construction of this pyramid shaped temple still amazes the visitors and it is made of massive rocks.

A temple dedicated to goddess Sati. This place has mythological importance. When the goddess Sati’s torso fell down, Lord Siva carried her body. Besides this spiritual and mythic facet, the temple offers breath-taking views of Himalayas.

Besides it spiritual facet, Devprayag is also an adventurous region to experience the spine-chilling adventures. Kayaking, river rafting, trekking the mountains, driving across the narrow road, etc. can satisfy your quest for adventure. Additionally, this a sinfully beautiful place that gives you a panoramic views on the mesmerizing Himalayas.

Devprayag is a well-travelled route and located on the highways. It is easily reachable by roadways and railways from Rishikesh, which is well-connected with Delhi. Nearest airport is Dehradun, located at a distance of 72 miles.

Travelling to Devprayag in summer months is just perfect to have a holiday retreat combined with spirituality.

October to June is the best time to visit place. It is best to avoid planning a trip during monsoon as the narrow roads are exposed with the risk of land sliding.

The common language is Garhwali and a few speak Hindi.

About the Author / Sayee Priyadarshini

A writer by Choice! I love to travel, exploring various places in India. India is the best place in the world. I’m saying not just Am an Indian, rather I love this cultural diversity and traditions and practices. Proudly sharing you all I knew and adore about India, a great opportunity indeed!
←

Next Story
Dietary Practices in Indian Culture with Intermittent Fasting 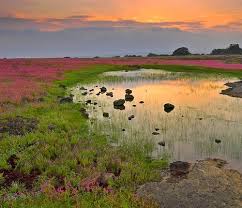 Satara is a city famous for its amazing natural wonders as it is surrounded by seven beautiful hills. Jarandeshwar, Sajjangad,...