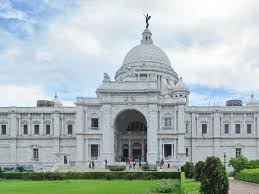 Welcome to the land of Sauravda, Sushmita Sen and Satyajiit Ray!

Yes, the Charnock City which for some is nothing beyond rosogollos and football but ‘aamar’ Kolkata is much more. Eccentric by nature and compulsive by habit, the native Bengalis are a delightful community of ‘Bhodrolok’ who are passionate about everything. Rechristened from the erstwhile name Calcutta, Kolkata sightseeing spots are plenty, I would like introduce you to some of it.

Kolkata- some of the must-see places

Kolkata has a lot to offer; check out the Howrah Bridge or the Vidyasagar Setu depending on from which side you make it to the city.

Tourist places in Kolkata are-

Find your way around the city

There is no dearth of taxis and buses both state run and private which ply round the clock. For some close connecting places, there are autos too which can get you in the minimum amount of time braving the city traffic.

For some delicious food of Kolkata 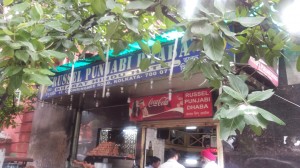 If you have bucks to splurge, then hit the five star cuisines; the favorite of mine is La Cucina in Hotel Hyatt for Italian spreads but if you are up for modestly expensive food, then try any of the restaurants lining Park Street. Some of the newest malls like Quest and the good old Forum are worth shopping and eating out.

When should you come here?

This is Neelu Agarwal, a content writer and a tarot card reader by profession but an equally passionate traveller who likes to have a good time! Delving into the tangible and the intangible is my calling and then expressing them through my writing, my need. Connect with me at https://www.facebook.com/neelu.agarwal.773 to know more about me.
← Previous Story
Strengthening vote bank with Mobile phones – UPA Strategy
→

Kolkata, a Place Where Amusement, Culture, and Heritage Meet

You might not see Kolkata as a very happening metropolitan where the nightlife would be breath-taking and discos and clubs would be...

2 Replies to “Kolkata- the city with a lively spirit!”