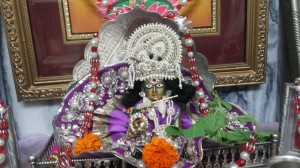 It is the ‘happy birthday’ of God today, shrieked Ritu. In all of her four years of life, she had always been restless beyond words. Dadi (her grandmother) stopped her midway.” Do you know the significance of the Janamashtmi?”-she asked. While Ritu had already fantasized a big cake and lots of merriment, her face drew a blank when she turned to her grandma.

Grandmas are so important especially to instil values and culture. True to this fact, Ritu’s grandma began. The atrocities of King Kansa had reached all its limits. He had had his father captivated and ruled over Mathura ruthlessly. It had been prophesied that the eighth son of his sister Devaki and Vasudeva would bring his doom and death, so he had them imprisoned too.

The birth of the Lord and the magic began!

It was the month of Sravana, and the eighth day of the Krishna Paksha when Lord Krishna was born. The shackles magically opened and the newborn child was secretly sent across to Nand Baba’s in NandGaon. Ritu’s eyes widened with intrigue. And thereafter Lord lived with his newly found parents, explained the wise lady. And so, we celebrate Janamashtmi which literally means ‘Janm’ meaning birth and ‘astami’ meaning the eight.
Among all religious festivals of India, this one is celebrated with much fanfare when women fast all day until midnight when Lord is believed to have been born. People celebrate the festival in India in various ways. In Mumbai, there is ‘Dahi Handi’ where people make human pyramids to break the earthen pot which is filled with maakhan (the favourite of Shri Krishna). It is absolutely exceptional in the land of the Lord in U.P in Gokul, Mathura and Vrindavan where the celebrations are beyond belief.

It is one festival of India where there is a birthday party on, in every household!

All over the country irrespective of the city, region or town, Hindus observe Janamashtmi with great enthusiasm. Little deities of the divine are dressed up and decorated. Often, people collect and retain figurines depicting Lord’s life and they are put up for display. 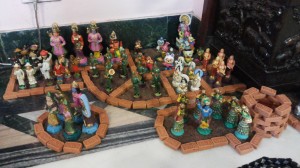 There is ‘Raas Lila’ where Krishna is seen courting his ‘gopiyaan’. Or there are figurines which show how the young Kanha stole maakhan to eat. It is a part of the Hindu religious beliefs that people love to narrate through decorations and is passed on from generations to generations.

People go to temples, do Puja and even fly kites! The atmosphere in all such places is that of joy and fun for they celebrate for a ray of hope that finally a saviour has been born who would end all things bad and once again make the good reign over the evil. With it, Ritu’s grandma finished explaining Janamashtmi to her.

India is a country of many festivals. The vast ethnic diversity of our country accounts for the many religious festivals of India which are...