What Investment are you Making? 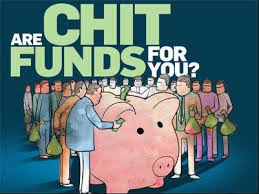 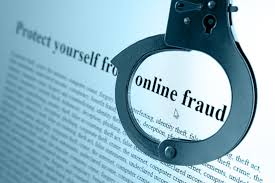 Risks should be minimized in Investment

Financial frauds are not new. They keep happening everywhere and every other day. Still, people voluntarily invest their money in such offers. It is difficult to understand the reason behind this. There have been umpteen number of frauds and still people are comfortable investing their hard earned money. Before taking decision just think what types of investment you are making? How safe are they? Are you assured of the getting back your investment? Here I give you some types of investments people jump into, without realizing the risks involved.

There are many examples in the past. Starting from Vini Vinc to small chit funds. Nobody seems to have learnt a lesson. The desire to make some easy bucks fast, is so tempting, they invest their hard earned money and lose their money in the end. There are many tricks that are used by fraudsters which one has to be aware of. Here we discuss a few to bring about awareness.

Majority of the chit funds has only few days life. Initially money is given to attract more and more people and once the bulk of the amount is considerable, the organizers vanish. Cheating through chit funds is easy because, the investors generally are women. They will have invested their small savings and will generally not take the help of law to recover. Even if they take the recourse of law, much cannot be done as there will be no records and money cannot be recovered.

People are lured into this chain making them believe that if they chain keeps growing they will keep getting returns. There have been many tricksters who have become rich with this scheme. The latest to be reported is from Bengaluru, Karnataka. The company named “YOBSN Social Media Network MLM” had its hosting from the United States. The management was done by four people, including a New Zealand citizen. The amount collected by the company is estimated at whopping 50 crores. They used the same trick of chain marketing, making people believe that as the chain grows, they will get returns in USD. The only requirement expected from the investor to get money was to grow the downline. That is the investor had to get more people to register and invest a small amount. They quoted the example of Facebook to lure clients. People were made to invest anywhere between 8000 INR to 25000 INR.

Mails offering huge amounts in dollars or pounds are common. You are just required to give your account details to get thousands of pounds or dollars. If you fall prey, the money in your account will be gone.

All those who have mobiles will have received at least a few messages stating that you have won the Lottery. Again, one has to give bank details to get huge money in their account.

There is another way of duping people. You will get a call on mobile stating that you have won some gifts and you will be requested to collect the same at a particular venue. Generally they insist that the couple should go together. Once you agree and reach the place, they will try to sell some Holiday Resort offer or plot or apartment or land. The gift they offer is something like cutlery or insurance which is of no use.

These are just a few ways you have to be careful about. People have forgotten Manjog and many other chit fund companies which have vanished with investor’s money. The irony is, even educated people are getting into their traps and investing. Isn’t it time we realize there is no short cut to making easy money and hard work, physical or mental is the only way? Isn’t it time to stop being over greedy and investing in such fraud companies?

Next time you are thinking of such investments, think twice. It may be a small sum for you which you can afford. But those tricksters are making huge money and enjoying the luxury.  If you are looking for a safe investment, Investing in Bank Deposits is the best option. There are other types of Investment which are safe as well like mutual fund, property, investment in Gold etc. But these investment needs calculated move. Beware of frauds and safeguard your hard earned money.