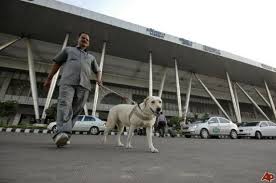 In the wake of arresting Mehdi, who is suspected to be an associate of ISIS, there has been threats that Bengaluru will be targeted next. Owing to this Bengaluru is on high alert and police are trying to rule out all possible chances of attacks. Extreme and extra care are being taken to avoid any mishaps. 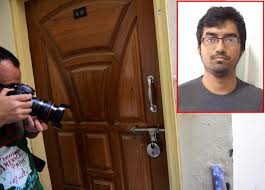 Mehdi Masroor Biswas, suspected ISIS Terrorist is said to be operating through twitter and organizing people and funds for the terrorist activities. Mehdi is an Engineering graduate originally from Bihar who had shifted to Bengaluru where he was residing in an Apartment from where he was operating. He was also working as an Executive in a multinational company. He was working for ISIS during the night and all his activities were only through twitter.

The threat, which came from an undisclosed source, stated that Bengaluru is the next target after attacks in Sydney and Belgium. In Sydney, terrorists are said to have taken charge of a coffee shop where they held hostages. Some staff and customers of the coffee shop who dared to escape have informed that the terrorists are heavily armed. One Indian who was held captive managed to escape within few hours. The suspected ISIS terrorists had demanded that the President gets into the coffee shop to talk to them. However, due to the excellent job of Police personnel, hostages have been freed and the suspected terrorist Haron Monis has been killed. Monis who claimed to be a preacher has many criminal cases and was out on bail.

While this was the first incident, the second incidence came from Belgium. Four terrorists are said to be holding one person as a hostage in an apartment in Flemish Province. Police are trying to bring the situation under control and get the hostage released.

In the wake of the above two incidents, the message that came through the Internet could not be taken lightly. That apart, the arrest of Mehdi is the main reason for such threats. The message clearly says that Bengaluru is being targeted because of Mehdi’s arrest. And the attack would be of more harmful in nature and damage will be much more. However the police department has clarified that the message has come from fake accounts. Also the department is taking enough precautions and there is no need for the public to get worried. 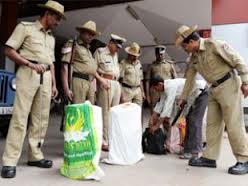 In the wake of all this, high alert is announced in all major cities of India and people are requested to be careful and alert. The public are requested not to panic, and report any suspicious incidents, persons or objects they come across to the police immediately.

Previous Story
What Investment are you Making?
→

Next Story
Cross border terrorism in India: A quest for nothing