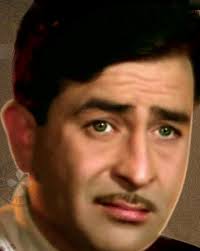 the name is synonymous with Bollywood, creativity and love! His contribution to Bollywood ranges from movies to heroines to heroes to creativity. Raj Kapoor was a great creator of his times, which is proved by Raj Kapoor Movies. His acting skills are unparalleled and his movies were message oriented. They addressed social issues and conveyed a message to the audience.

Raj Kapoor was born on 14th December 1924 at Peshaward. Raj Kapoor comes from a family associated with acting career and his father Prithvi Raj Kapoor was also an acclaimed actor. Raj entered the film world at the tender age of 10 years, but grabbed the first role as a hero at the age of 22 in the movie Neelkamal. Within a short time, he found RK Studios, which produced several hit movies which can be considered as gems in Bollywood. Raj Kapoor was inspired by Charlie Chaplin and similarities can be observed in his movements in all his films. He produced many movies like Barsaat, Awaara, Shree 420, Jaagte Raho under RK Banner. 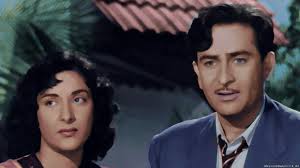 Raj – Nargis was a Hit pair

The romantic hit ‘Sangam’ which had a triangular love story between Raj, Vaijayantimala and Rajendra Kumar is alive in the minds of people even today. The beautiful songs of the movie will remain green at all times to come.

Apart from acting, Raj Kapoor is remembered for one more reason. He invented and brought to light many heroines who captured and ruled Bollywood. The list includes Zeenat Aman, Padmini Kolhapure, Dimple Kapadia and Mandakini among many more. Raj Kapoor became known more for his daring direction by baring the heroines, which was not the culture in Indian Cinema during those days.

Mera Naam Joker, which is acclaimed as a classical now, was a big hit for him. Raj Kapoor took 6 years to complete the movie. The movie introduced Rishi Kapoor to the film world, had beautiful songs and a tragic story of love failure. Though acclaimed as aclassic movie now, it was a big failure when released and Raj had to incur huge debts because of this movie. But within a short period of three years, Raj produced and directed Bobby with his son Rishi Kapoor and Dimple Kapadia in the lead role. It was a teenage love story and was a super-duper hit in the box office. The movie also introduced Rish and Dimple to Bollywood, who made a great career thereafter.

Raj, the Charlie Chaplin of Indian Cinema, as he is referred to was fond of beautiful things, be it heroines or nature. His movies had nature captured at his best and so also the heroines. That apart, Raj Kapoor Songs portrayed patriotism and romance mainly. ‘Mera joota hai japani’ from Shri 420, ‘Pyaar hua ikaraar hua’ from Awaara, ‘O Mere Sanam’ from Sangam, ‘Jaane Kahaa gaye o din’ from Mera Naam Joker are some of the Raj Kapoor Songs which haunts us even today. 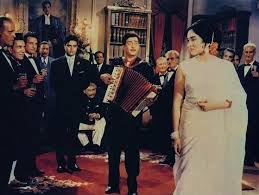 Just like his movies, his personal life was also colorful and had many heroines. Some were just gossips while some were real.

The ‘Showman’ as he was referred to, always said the ‘Show must continue’. His death was also dramatic. He collapsed on the stage where he was to receive Dada Saheb Phalke Award. He was hospitalized and never recovered. He had many plans for the future, which could not be executed. His last movie Henna, which was left incomplete, was completed by Randhir and Rishi. The show is continuing even in the absence of Showman. Raj Kapoor Family is continuing the show and Karishma, Kareena and Ranbir are well-established stars today.

Today, being his 90th Birthday, he is fondly remembered by Bollywood, his fans of all ages and Google has posted a special tribute to the Legend.

Next Story
What Investment are you Making?

Nimishamba Temple is a place which attracts both religious minded people and nature lovers. The place has a mesmerizing beauty and the...