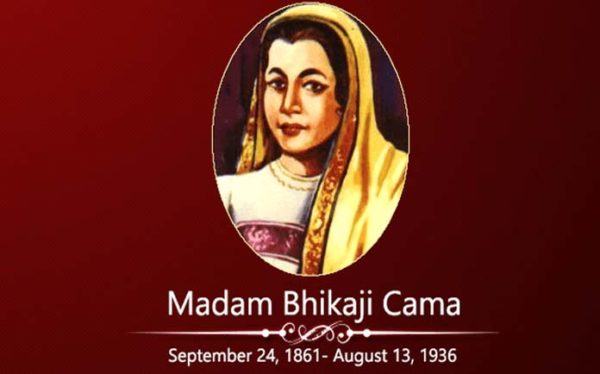 The rulers fought for their kingdoms bravely until it fell into the clutches of British rule. Once the entire monarch rule came down and the whole country went under the British rule, the commoner started their revolution. Even though it was in a small way it definitely was the stepping stone. One such commoner’s hard work to be highlighted is of a lady from a very respected family who gave away her family life, got exiled from her homeland for the sake of freedom for her country- Madam Bhikaji Cama.

Bhikaji Cama was definitely one of the most fierce freedom fighters of the early days who fearlessly fought in the forefront for the freedom of our country. Bhikaji Cama was born to a rich Parsi family on the 24th of September, 1861. Being born into a privileged family she had access to good English education. However, Cama was a rebel and nationalist from a very young age and never missed a chance of speaking highly about her country in all available forums.

On 3rd of August 1885, Bhikaji was married off to Rustomji Cama, a well known wealthy pro-British Lawyer. But her married life did not go as well as she wished. Mr. Cama was a British lover who supported their rule and claimed they were doing good for the country and Madam Bhikaji Cama was very vocal about the exploitation of the British. Since her marriage life was not very fruitful she started putting all her effort and time towards social work and helping the underprivileged.

In 1896, a deadly plague broke out in the Presidency of Bombay. Hundreds were dying and Bhikaji Cama along with several others volunteered to save the plague victims. Bhikaji Cama herself was diagnosed with plague and though she recovered, she couldn’t get back her health and she was in very ill. Thus she was asked to go to Europe for better medical services and she left in 1902.

What she did not realize then was London was going to be her home for several years going forward. In London, her life started changing eventful and her contribution to nationalism started much more flourish than it was in India. In London, she met Dadabhai Naoroji, who was the first Asian to be elected in the British Parliament and started working as his secretary. Through Naoroji Bhikaji Cama started meeting various nationalists and visionaries who wanted India’s freedom and spoke the words exactly as she had been about the independence of her nation.

Cama was exiled from her own country because of her nationalism. After a few years of staying in London, Bhikaji Cama wanted to go back to India and she requested the British government. The British government was very sure that Cama would stir revolution in the country and would march and urge the people to march for India’s freedom, thus they told her she will be allowed to go to India on one condition that she must sign an agreement promising that she wouldn’t campaign against British or will not lead any campaigns for freedom. Cama did not agree to that condition and she continued living in London.

Bhikaji Cama started publishing booklets that were patriotic and were liberal on her views of the British government in India. She was a believer in non-violence but she urged to resist unjustified violence and asked her people to rebel against it through her publications. She always made sure to let know one slogan in all her publications “ March Forward! We are for India. India is for Indians!” Madam Cama also funded revolutionaries in and out of India.

Within a few years, the British started getting enough of Cama’s revolutionism against them in their own country that they thought of executing her. Bhikaji Cama was hinted about the same and she had to escape to Paris in 1908 to save herself.

She established Paris Indian Society, where all Indians who had dreams of a free India could get together and meet. Her home started becoming the shelter of world revolutionaries. It is there that she published 2 of the well-known magazines “Vande Mataram” and “Talvar”. These magazines were banned in Britain and India but Madam Cama had really good ideas on sneaking the magazines to India so people could read and get inspired. One of the ingenious methods by which the magazines were sneaked into India were with external covers of ‘Don Quixote’.

Few of her achievements that will definitely be remembered will be her speeches. Her most famous speech was in 1907 at International Socialist Conference at Stuttgart in Germany. In front of close to 1000 delegates across the world, Madam Cama unfurled the first ever version of Indian Flag- a tricolor with green, saffron and red stripes and it had 8 lotus flowers representing the 8 provinces and princely states. A sun and a star representing the Hindu and Muslim unity and the words “Vande Mataram” inscribed in Devanagari script. This was designed by Veer Savarkar with the help of other revolutionaries. With the flag in her hand, she uttered the following words:

“Behold, the flag of independent India is born! It has been made sacred by the blood of young Indians who sacrificed their lives in its honor. In the name of this flag, I appeal to lovers of freedom all over the world to support this struggle.”

Surprised by this act all the delegates stood up and saluted the first-ever Indian flag. It took another 40 years to achieve the dream that Bhikaji Cama announced in 1907.

She not only advocated for Indian freedom but also she spoke highly of gender discrimination and equality for women. At a National Conference at Cairo in Egypt in 1910, she opened her speech by asking, “Where is the other half of Egypt? I see only men who represent half the country!” She strongly believed in the involvement and importance of women in building a country.

Fighting for 35 years away from our country eventually took a toll on her. In 1935 she had a stroke that left her partially paralyzed. She wanted to come back to her home country and requested the British government once again and the government stood by its previous condition. This time she agreed to it and came back home in November 1935. Nine months later Bhikaji Cama passed away at the age of 74 at Parsi General Hospital on 13th August 1936.

The first flag that was showcased by Madam Bhikaji Cama in Germany was later smuggled into India by Indulal Yagnik, a socialist leader from Gujarat. It is now on public display at the Maratha and Kesari Library in Pune.

Several Indian cities and streets have been named after Madam Cama.

On 26 January 1962, India’s 11th Republic Day, the Indian Posts and Telegraphs Department issued a commemorative stamp in her honor

Madam Cama is one of the most undaunting and confident Indian female freedom fighters. Her heroic deeds must be portrayed and famed in a better way. Her name must definitely be one of the first few names that come out when we think of freedom fighters of India. Even though she sacrificed and kept her entire life for the freedom of India her deeds remain unsung and she definitely falls into the freedom fighter’s who in spite of all the hard work isn’t well-known list. We the younger generation must strive to get these names to a common well heard list since that will be the only dedication we will be able to give to these unsung heroes.

Next Story
Jhansi Rani Lakshmi Bai: An Epitome of Bravery 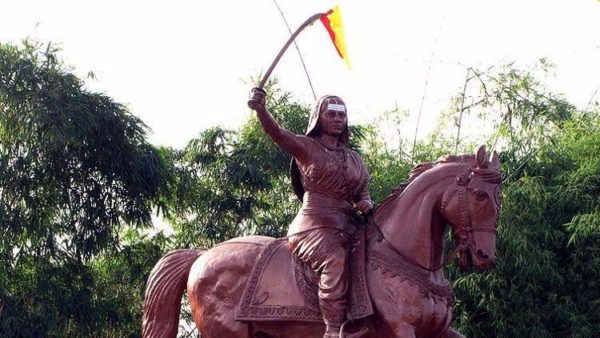 We are very familiar with our struggle for freedom and all about the leaders who made the dream of freedom a reality. Among all the stories...