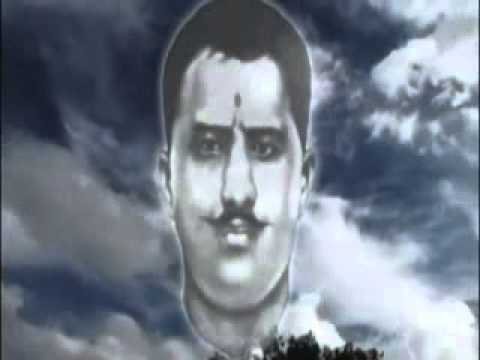 He wrote several poems with the pen names Bismil, Agyat, and Ram. He also joined the Arya Samaj. He was highly inspired by the book ‘Satyarth Prakash’ written by Swami Dayanand Saraswati. Such is the versatility of this freedom fighter that he founded a revolutionary organization known as Hindustan Republican Association. ‘Sarfaroshi ki tamanna’ is one of his most famous poems, although some people claim that it was the work of Bismil Azimabadi from Patna.

Ram Prasad Bismil was the son of Moolmati and Murlidhar. He was born on June 11, 1897, at Shahjahanpur, in United Province, British India. His father taught him Hindi and he was sent to Islamia School in Shahjahanpur to learn Urdu.

Bismil failed twice in 7th Standard and was admitted to Mission School, an English school. After clearing his 8th standard, he joined the Government School in Shahjahanpur. He wrote a patriotic poem while in school and became popular by the name ‘Bismil’.

Bismil formed an organization and named it Matridevi. Bismil published a message for all the countrymen called ‘Deshvasiyon Ke Nam Sandesh’ and doled this pamphlet with his poem ‘Mainpuri Ki Pratigya’. To fund the activities of his party, Bismil, along with his companions, undertook looting on three different occasions in the year 1918. Police began hunting them down. Bismil was planning a loot between Agra and Delhi when the police arrived. In order to escape the police, Bismil jumped into the river Yamuna and began swimming underwater. Everybody else thought that Bismil had died. However, he managed to escape and fled to Delhi. This incident is famously called the Mainpuri Conspiracy against the British.

The prosecutions regarding the Kakori case went on for 18 months, after which Bismil, Roshan Singh, Rajendra Lahiri and Ashfaqulla Khan were awarded the death sentence. Ram Prasad Bismil was hanged to death in the year 1927, on December 19, at a young age of 30 years in the Gorakhpur Jail. Bismil’s body was cremated at the Rapti River. Later, the site came to be known as Rajghat.

His autobiography was published in 1928 by the name ‘Kakori ke shaheed’ by Ganesh Shankar Vidyarthi. Bismil has several memorials to his credit. The northern Railway zone has named a railway station ‘Pt. Ram Prasad Bismil Railway Station’. The station is situated 11 kilometers from Shahjahanpur. There is a memorial in the name of the Kakori revolutionaries in Kakori itself.

Next Story
The Lion of Punjab: Lala Lajpat Rai