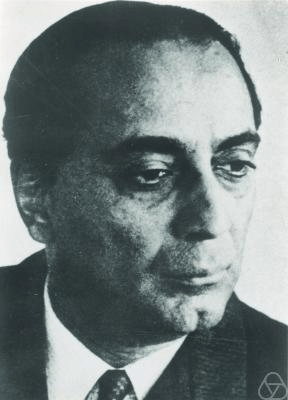 On October 30, 1909, a legend was born in India. A multifaceted personality, Doctor Homi Jahangir Bhabha was a scientist, a prominent nuclear physicist, a devout painter and an enthusiast of opera and classical music. He had the dream of carrying India to the forefront in Automic Energy field. A great visionary he was, his contributions are highly valuable.

Homi Bhabha founded the premiere research institutes of India: the Trombay Atomic Energy Establishment and the Tata Institute of Fundamental Research (TIFR). He played an instrumental role in the development of nuclear sciences in the country. These two institutes served as the cornerstone for the development of weapons based on nuclear technology in India. Homi Jahangir Bhabha has been given the appellation of “Father of Indian nuclear programme“. He was a formidable man who led the establishment of the Atomic Energy Commission, 1948 and the Department of Atomic Energy of India, 1954. He has also contributed immensely to the development of the Quantum Theory.

Homi Bhaba is the son of Jehangir Hormusji Bhabha and Meheren, who was born on 30th October 1909 in Mumbai. Jehangir Hormusji Bhabha was a renowned lawyer and his mother Meheren was a painter and lover of Arts and Music. Homi Bhaba had his early schooling at Cathedral and John Connon School. After his school, he went to the Elphinstone College. Later he enrolled himself in the Caius College of the University of Cambridge.

Homi Bhabha completed his doctorate in 1933, January. He published his first scientific paper on cosmic rays.

Bhabha started his career in the field of nuclear physics in Great Britain. Prior to the commencement of the Second World War, he had come to India on vacation. However, due to the outbreak of the war in September 1939, he could not return to Britain, thereby, the circumstances prompted him to join the Indian Institute of Science, Bangalore. During his tenure in the IISc, Bhabha convinced the senior leaders of the Congress Party to begin the nuclear programme. To realize his dream, Homi Bhabha laid the foundations of the Cosmic Ray Research Unit in the IISc. He also started the TIFR in Bombay.

Homi Bhabha also presided over the UN Conference in 1955. The conference discussed the Peaceful Uses of Atomic Energy and was held in Geneva in Switzerland. He also represented India in the IAEA conferences.

Apart from the development of nuclear sciences in India, Homi Bhabha had also worked with Neil Bohr. Together, the duo discovered the Quantum theory. He is also known for his breakthrough work; along with Walter Heitler, in the field of cosmic radiations. His outstanding work got him elected in the Royal Society. Homi Jahagir Bhabha has been awarded various notable awards such as Padma Bhushan, Adams Prize and the Fellow of the Royal Society.

This genius met an untimely death on 24 January 1966 when his flight, Air India’s Flight 101, crashed unfortunately near Mont Blanc. There are rumours of the involvement of the CIA, Central Intelligence Agency, in the crashing of the plane in order to prevent India from developing nuclear power. However, none of the claims have been proved. Thus India lost a great visionary who could have been a great asset.

In his memory and honour, the Atomic Energy Establishment, Bombay, has been renamed as the Bhabha Atomic Research Centre.