The Superhero Of India: A P J Abdul Kalam 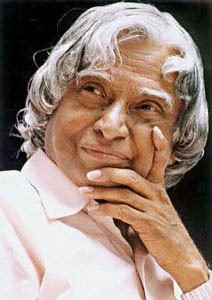 APJ Abdul Kalam childhood was full of miseries and troubles. APJ Abdul Kalam had commenced working at a very young age to support the income of his family. He would sell newspapers. Right from his school days, APJ Abdul Kalam was a hardworking and a bright student with a strong desire to learn. APJ Abdul Kalam did his schooling from Ramanathapuram Schwartz Matriculation School. Then, he joined the St. Joseph’s College in Tiruchirapalli. The college was affiliated to the Madras University, then. He studied Physics there. After his college, APJ Abdul Kalam studied aerospace engineering.

APJ Abdul Kalam wanted to be a pilot; however, he missed his dream narrowly.

Kalam started working at the designation of a scientist in the DRDO’s Aeronautical Development Institute. He had designed a helicopter for the Indian Army. Kalam joined the ISRO in 1969. He headed the project for the Satellite Launch Vehicle. This was the first indigenous program initiated by India. Under this project, Rohini satellite was deployed in the orbit near to earth in 1980. During the years from the 1970s till 1990s, Kalam laid his hands successfully on the Polar SLV project. APJ Abdul Kalam directed two aerospace projects during the 1970s- Project Valiant and Project Devil. The funds for these projects were allocated privately by Indira Gandhi, the then Prime Minister of India, due to the disapproval by the Union Cabinet, for these projects. Kalam has played an instrumental role in the materialization of the projects Agni and Prithvi. From 1992 to 1999, APJ Abdul Kalam was the Secretary of DRDO. He was also the Chief Advisor to the Prime Minister on the scientific front. He and R. Chidambaram were the project coordinators during the testing phase of the Pokhran-II. 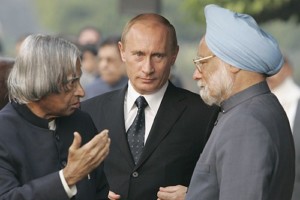 His contribution to the medical industry is immense. Together with Dr. Raju, he developed a Coronary Stent in 1998. It was a low-cost stent and was later named ‘KAlam-Raju Stent’ in their honor. Both of them together also developed the ‘Kalam-Raju Tablet’. This was a strong and robust tablet PC designed for the purpose of health in the rural parts of India.

APJ Abdul Kalam has several books and documentaries to his credit. The most popular amongst those in India 2020. In this book, Kalam describes an action plan for the development of India. Apart from this, he has written his autobiography, ‘Wings of Fire’. Other prominent books include Ignited Minds, Target 3 Billion. He has been awarded several times. Few of the significant awards include Bharat Ratna, Ramanujan Award, Padma Bhushan and Padma Vibhushan.

Next Story
The History of World Heritage Khajuraho Temples

One Reply to “The Superhero Of India: A P J Abdul Kalam”