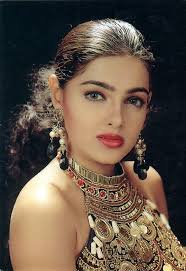 Mamata Kulkarni, who caught the limelight for her daring on screen roles, had suddenly shot to fame in Bollywood. Who can forget Beqabu song or Bharo Maang Meri Bharo song? The actress had achieved success within a short period and acted in many movies like Karan Arjun, Beqaabu, Baazi, China Gate and many more.

The beautiful actress made her debut in Bollywood with Ashiq Award and won the best new face Film fare award. The cute actress was the heartthrob of many. During her short career in Bollywood she was not out of controversies. She was into many controversies, including the one about her posing top-less for Stardust.

The star suddenly vanished from Bollywood and went out of glare for some time. Expect some rumors about her personal life, her career came to a standstill. Then came the news that she married Vijay or Vicky Goswamy who was in no way a match to her. Recently she is hitting headlines for other reasons. The actress is now involved in a drug case along with her husband and both were arrested in Kenya. The dare to bare actress who had shocked her fans by marrying Vicky Goswamy, has again sent shock waves to Bollywood followers.

The mystery of why and how she came in contact with Vicky Goswamy, why she married him are all questions that arouse anybody’s interest. Vicky Goswamy was a known drug peddler and was involved in many cases. Despite this Mamta married him, that too by getting converted to Islam. During the tenure when Vicky was behind bars, it was Mamta who took care of his business. Vicky was fortunate to get released after 15 years of serving sentence, though he was awarded 25 years of jail term. But before the happiness could be absorbed, they are again in a bigger case. Mamta Kulkarni’s fate in the case is awaited eagerly by her fans and Bollywood. 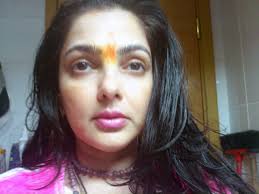 Next Story
The Superhero Of India: A P J Abdul Kalam