Another twist came into the enigma of Sunanda Pushkar’s death when Delhi police filed a murder case, stating that her death was unnatural caused due to poisoning. They concluded this through medical reports submitted by a panel of experts at AIIMS. It was imperative that the wife of Congress minister and Former UN diplomat did not commit suicide regardless to previous theory.

Last January, Sunanda Pushkar was found dead in her hotel room in Delhi. It happened just after her husband Shashi Tharoor suffered allegations of having an affair with a Pakistani journalist. Earlier it was thought that she might have overdosed on her sleeping pills as she was on medication for various illnesses. 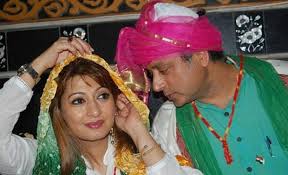 On November 13 2014, Shashi Tharoor wrote a letter to the Delhi Police Commissioner, accusing that his help, Narayan Singh has been assaulted physically by the investigating officer to force a false confession out of him. The letter stated that “During the interrogation conducted by the Delhi police officers, my help Narayan Singh was physically assaulted by one of the officers. He further accused that “Interrogation involved traumatic assault by the officer to force out a confession saying that I had murdered my wife intentionally.”

Delhi Police Commissioner B.S Bassi stated that if required, Mr. Tharoor would be called in for a questioning session. Moreover Tharoor offered his full cooperation in the investigation and said that he does not suspect any false claims in the death of her wife but anxious to see that investigation is carried out thoroughly. Left and BJP in Kerela added up a little politics, saying that Shashi Tharoor should resign from Lok Sabha after current investigation results.

Polonium-210, a radioactive isotope is considered to be one the possibility of how Sunanda Pushkar was poisoned. It is a very rare isotope and difficult to detect as radiations stay inside the body. A small dose of few milligrams is lethal and it could be dissolved in drinks in powder form. It is uncertain to predict the further chaos, but the current situation is likely to pronounce some interesting facts related to this case. Some more wait to get the answer to Sunanda Pushkar’s Murder Mystery.

Sunanda Pushkar, the beautiful lady who shot into limelight in a short span and faded faster, but is living even after her death. Yes,...

Sunanda Pushkar was done to death?

Both life and death of Sunanda Pushkar, wife of Ex-Minister Shashi Tharoor, remains a mystery. The lady who had made headlines by marrying...