Who is the accused? Salman Khan or his driver? Who committed the crime? A new twist in Salman Khan hit and run Case!

The Salman Khan hit-and-run case of 2002 took a new twist as the actor’s driver came forward with the “supposed” confession that it was him and not Salman behind the wheel on that fateful night of September 28, 2002. The prosecutor, however, deemed driver Ashok Singh a self-condemned liar as there were a considerable number of inconsistencies in his statement. 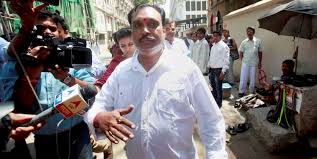 Special public prosecutor Pradeep Gharat pointed out that the driver claimed there was no one found under the tyre, whereas all witnesses have previously stated that the limbs of those injured were entangled with the tyre. Ashok Singh went on to say that he helped Salman lift the vehicle after it had skidded off and went astray. Gharat argued that if he had found no one under the vehicle then why the two bothered lifting it? He also said that there was no substance behind this claim by the driver, for he has continued to be under Salman’s employment since the date of the event. If what the driver claims was indeed the case, then why would he wait for 12 years and watch the actor take the fall for his mistake, consulting no one all the time?

It all points to foul play. The most incredible thing about the whole fiasco, as pointed by Pradeep Gharat, is that if the driver indeed had no idea about the dates and schedule of the hearings, then how did he decide to come clean on the very day set aside for defense witnesses? It all seems too naïve an attempt from the defense council to get the driver to make a false claim under an agreement. Gharat said he will argue that the driver is now liable to perjury by giving false details to the court under an oath.

The judge finally delivered verdict in the Salman Khan’s 2002 hit and run case. The 49 year old actor has been sentenced to five years in...