We are Responsible for the River pollution, stop it! 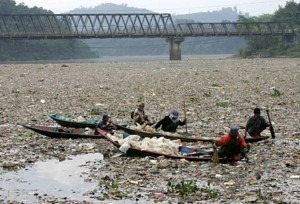 In India Rivers are worshipped as Goddesses. A dip in any river is believed to eradicate all the sins of the person. This is an age old belief followed by a majority of the people in India. This has many consequences and repercussions. Here we discuss the effect of this belief, pros and cons in short.

Though it is followed over the ages, there is truth in this practice. Since rivers flow a long distance, between the stones and amidst nature, the water gathers many properties on its way. Since they have long associated with the nature, the curative properties of nature, such as minerals, medicinal values of fauna and flora affect the water. This water has many medicinal values and effects which can cure certain diseases and rejuvenate the health.

Believing in the fact that bathing in river is good for health, everybody throngs the river beds and take a bath. This is not an issue. The issue is how they take a bath. River bathing should be done after a regular bath. But what our people are doing?

Now ask yourself, does this water has any curative properties?

Where the mistake lies?

Though there are boards of the river banks not to use chemicals, detergents, soaps and shampoos, nobody is bothered to follow that. Even on insisting that using chemicals in river water will kill the river, fauna and flora of the river, people do not bother to stop. Traders who are interested in making money have put up stalls in all river banks of all holy places selling soaps, detergents, shampoos in sachets. They use the chemical and throw the sachet which is a plastic into the river. Apart from bathing people are also in the habit of eating on the river banks. Most of the eatables are packed in plastic covers which are recklessly thrown into the river or left on the banks. Think about the aquatic life which suffers because of the chemicals. The detergents choke them to death and plastic does more harm to their natural living. These all factors are increasing river pollution.

Are we as responsible citizens?

Do we need policing to understand such simple things and stop spoiling nature? Both scientific thinking and religious thinking call for respecting and preserving rivers and other water bodies. Either we are an atheist or not, we are obligated to discharge our responsibilities.

When can we get self disciplined?

Previous Story
Is the Medical/ medicine Profession losing its nobility?
→

Next Story
Ragging in india:How many more lives before it stops? 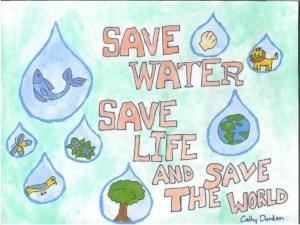 With many changes happening in the atmosphere, the eco-balance is getting affected. The rain has become unpredictable, either it over-rains...

One Reply to “We are Responsible for the River pollution, stop it!”