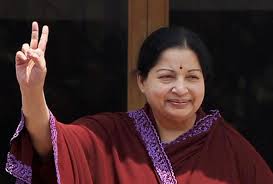 Yes, it is true. The Supreme Court of India has granted bail to the ex-chief Minister of Tamil Nadu Jayalalitha bail. The bail is granted on the grounds of health. Jayalalitha who was in jail for the offense of accumulating wealth disproportionate to her known source of income, is all set to come out.

Jayalalitha and four others were convicted and sent behind bars on 27th September 2014. All the four have spent 21 days in the jail and finally the Supreme Court of India has granted conditional bail to all the four. In anticipation of disturbances to the normal life by Jaya fans, the Supreme Court has warned that Jayalalitha shall be responsible for any untoward incidents created by her fans.

In Tamil Nadu, Jayalalitha fans were seen dancing on the streets, distributing sweets and celebrating the release of their ‘Amma’. Celebrations were seen around Parappana Agrahara Jail, Bangalore, where she was placed. People were seen pouring milk on the photo of Jayalalitha to show their happiness and respect. The party workers and Jayalalitha fans are counting the seconds to see Jayalalitha back home.

The authorities have to observe certain formalities before the release, which is in the process. Also security measures have to be taken up for her safe transport. ‘Amma’ will be back home soon subject to completion of formalities. 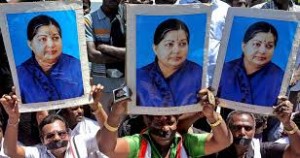 Next Story
Rajnikanth to Act in the Remake of Raj Kumar Movie Bangarada Manushya?