Places to Visit in Jodhpur – The Historic City 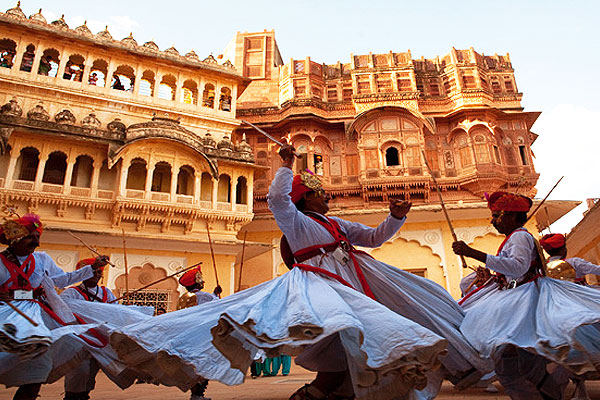 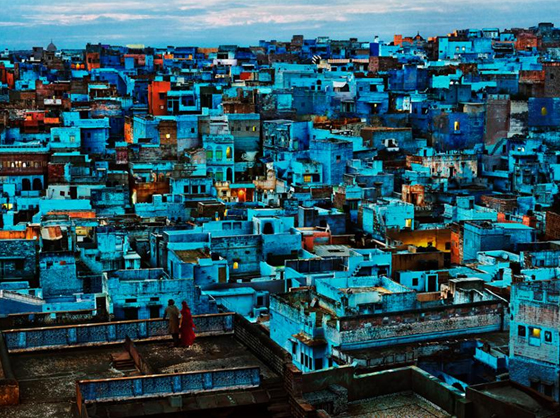 Rajasthan has its fair share of culture and heritage. It is one of the biggest jars of tourist attractions in India, with millions of tourists flocking the state every year. The city of Jodhpur is one of the jewels in the cultural crown of Rajasthan. Also called the Blue City due to the presence of many blue colored houses around the Mehrangarh Fort area, the city is a big tourist hub as there are many places to visit in Jodhpur. The city was also awarded the status of the second metropolitan city of Rajasthan when its population crossed a million. It is also called the Sun City due to the sunny climate the city experiences throughout the year.

How to Reach Jodhpur

Jodhpur is located roughly in the geographical center of Rajasthan, so it is well connected to all major cities. The road network in and around the city is excellent, with the city being connected to other cities like Jaipur, Delhi, Alwar, Ahmedabad, Surat, Agra, etc. The easiest road connection to Jodhpur is from Jaipur. One can make the journey in less than 6 hours via NH8. One can also make the journey by taking a train as there are many trains connecting the two cities, with the journey lasting 5 hours. If you wish to fly to Jodhpur, you can catch a flight from Delhi. Flying time from Delhi to Jodhpur is just one and a half hours.

Major places to visit in Jodhpur 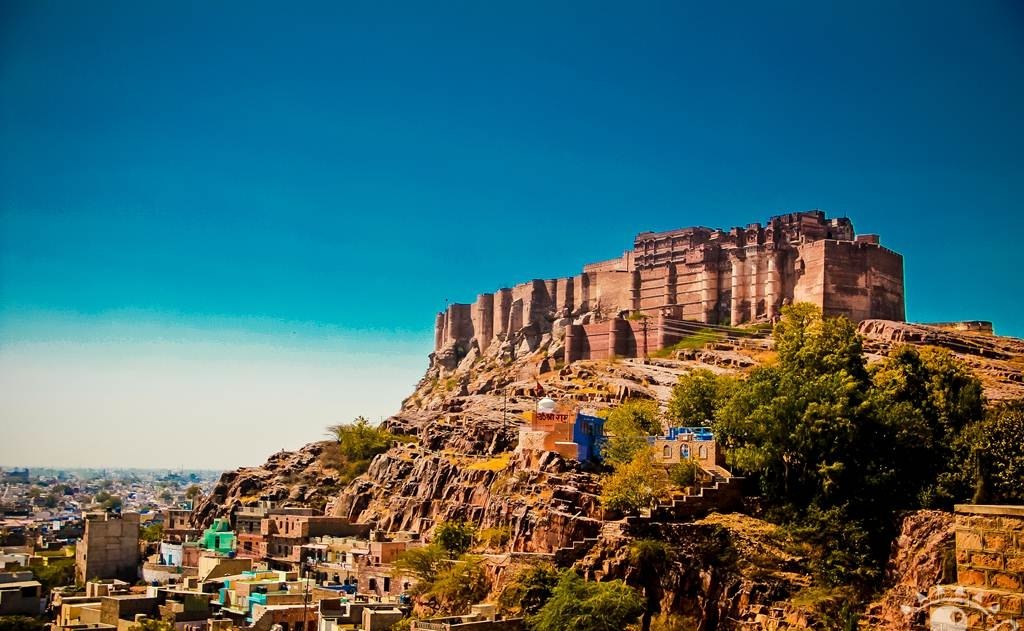 Built around 1459 AD, the Mehrangarh Fort is the pick of the lot in Jodhpur tourist places. It is the most iconic fort of Rajasthan, which says a lot about its grandiosity. Standing 400 feet above the city, the fort is an emphatic symbol of the city’s historical power. The imposing structure is quite picturesque, with many movies being shot in and around the fort. Stunning views of the blue colored houses around the fort can be seen from the top. There is a museum in the fort as well, which houses the armory and paintings. The museum also has on display the Mahadol, which is a stunningly beautiful palanquin that was won from the Governor of Gujarat in 1730.

The Jaswant Thada is a typical example of the magnificent architectural style of the old state of Rajputana. It was built in 1899 as a mausoleum for Maharaja Jaswant Singh II by his son Maharaja Sardar Singh. Located to the left of the Mehrangarh Fort complex, this tourist attraction of Jodhpur is a beautiful piece of architecture. The thin, polished sheets of marble that compose the building give the cenotaph a warm luster when the sun’s rays hit its surface, making the building look surreal. It is the traditional burial ground for the rulers of Jodhpur. The complex comprises a small, beautiful garden, a small lake, and exquisite paintings of Jodhpur’s rulers.

Another one of the beautiful places to visit in Jodhpur is the Balsamand Lake. Located 5 km away from the city on the Jodhpur-Mandore road, the lake and the surrounding gardens make for an ideal retreat into a serene environment. Although it was designed as a water reservoir to provide water to Mandore, it now serves the purpose of a wonderful picnic spot. The restaurant in the gardens provides beautiful views of the lake, and the natural beauty of the place makes it a must visit place for all tourists.

Located at the foothills of Mehrangarh Fort, Rao Jodha Desert Rock Park is a magnificent garden. In the months of July to October, the park comes alive with lush green grass. The best time to visit the park is between October and July as the weather is quite pleasant and the dry weather gives a golden shade to the vegetation in the park. The park is open throughout the day, and one can spend a few hours in the park as it is easy to get lost in its beauty.

Located 5 km away from Jodhpur city, the Mandore gardens house cenotaphs of Jodhpur’s former rulers. These are a little different from the usual cenotaphs typical to Rajasthan as they are built along a Hindu temple. The early morning sunshine casts an enchanting spell around the gardens. It is a nice picnic spot, with the ruins of the Mandore fort nearby also worth seeing.

The Ghanta Ghar or the Clock Tower is an important sightseeing place in Jodhpur. Built in the early 1900s, the tower provides stunning views of the city. It is a famous landmark of the old city, and the Sardar market around the tower offers tourists a wide range of handicrafts, spices, saris etc. to shop for.

Some other interesting places to visit in Jodhpur

Jodhpur is rather famous for being a tourist attraction. However, the most important area of the city’s economy is its textile industry. The city offers a wide range of saris and other handicrafts that are native to it. All these have beautiful handwork done on them, with the quality of the fabric nothing less than immaculate. Other than that, the city of Jodhpur is also a gourmet’s wonderland as it is the place where many famous Rajasthani delicacies like Pyaz ki Kachori, Mirchi Bada, Gatte Ki Sabzi, Daal Baati Churma originated from. The Pyaz ki Kacori and Mirchi Bada of Jodhpur are one of the tastiest treats you can enrich your taste buds with. The Daal Baati Churma is synonymous with Rajasthani food.

Next Story
Wildlife Sanctuaries in Kerala: Celebrate the Glory of Mother Nature! 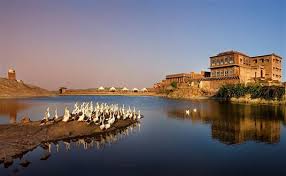 When you are planning to visit Jodhpur, what should you do? You should read about Jodhpur. Find out what to do and what not to do in... 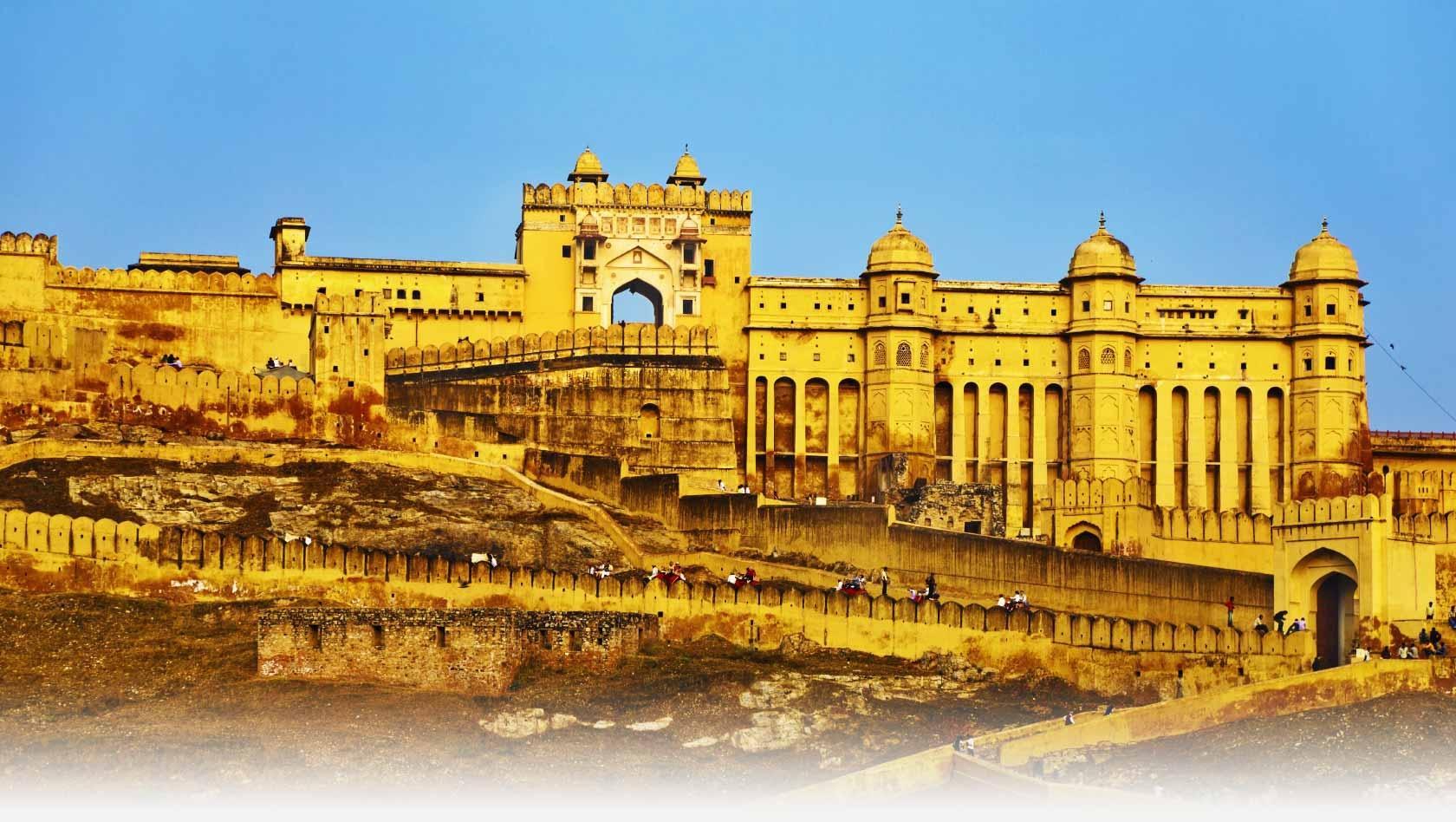