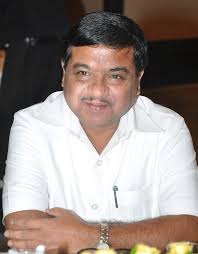 Former home minister of Maharashtra and the most loved NCP leader, RR Patil passed away on Monday. He was suffering from oral cancer and was under treatment for the same in Lilavathi Hospital in Bandra, Mumbai. The former minister was shifted to the Intensive Care Unit in January and was on life support system since then. According to Mumbai Hospital he got admitted with severe chest pain and had a mild heart attack in December. He had a swollen jaw initially, which was treated at Breach Candy Hospital for a couple of weeks. Monday morning, Dr Sanjay who was monitoring RR Patil’s health conditions had informed that his condition is stable but still on life support system.

RR Patil was very well known in the rural parts of the state for his work and clean status in his political career. The 57 year old former minister was an efficient and prominent leader of NCP. RR Patil had been elected 7 times for legislative assembly from Sangli district. He was a former deputy chief minister of Maharashtra and took the responsibility of home ministry for the second time in 2009 when NCP and Congress alliance was victorious in elections. He was the home minister when 26/11 terror attack happened and he made a controversial remark by under quoting terror attack as a small incident for which he had to give away his position. He was also been the chairman of public accounts committee of assembly for two years.

Previous Story
Top 5 cities for a Food lover in India!
→