Mount Kailasha: The Centre of the Universe

It is said that Lord Shiva resides on top of the mountain with his consort Adi Shakti and practices Yoga and Tantra. This is the reason of the spiritual energy originating from Mount Kailash. Yoga is all about attaining consciousness and Lord Shiva is the epitome of consciousness, the inventor of Yoga, so his home will obviously be a divine place buzzing with consciousness.

There are two lakes near the Kailash which is the Manasarovar and the other is Rakshasa Taal. Manasarovar literally means “lake of consciousness” and Rakshasa Taal is related to the Demon king Ravana who did severe penance here and is considered to be negative in nature.

The crescent shaped lake in the below pic to the left is the Rakshasa Taal and the round shaped lake to the right is the Manasarovar. 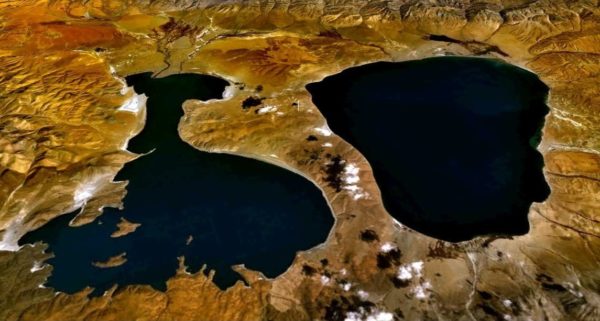 Seeing these lakes one can draw a parallel that just like Shiva and Shakti combine to form the cosmos, both the Manasarovar Lake and Rakshasa Taal also represent the positive and negative aspect of the cosmos.

Mount Kailash in the Jain belief is known as Mount Astapada and is said to be the place where the Tirthankara Rishabh achieved Nirvana. Same goes for the Buddhist faith which considers it sacred as Buddhists feel that Buddha arrived here. The Tibetan Buddhist consider it as the place where Chakramsvara lives with his consort and call the mountain as Kang Rimpoche. There is a local Tibetan faith called the Bon faith which also revers the Kailash as the abode of the Goddess Sipaimen.

So by and large all Dharmic faiths have similar stories about this place. Mount Kailash Pilgrimage is the dream of every religious Dharmic.

There is a very interesting thing about Mount Kailash and the region around. The rivers Indus, Sutlej, Ganga, Karnali and the Brahmaputra originate from near Mount Kailash or at least a 100 kilometers radius of Mount Kailash.

Just look at the below picture to see the rivers originating from near Mount Kailash. 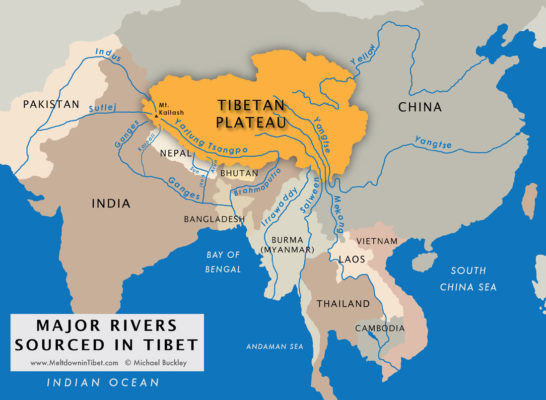 Rivers originating from and around Mount Kailasha

So this can be allegorical in the sense that from Lord Shiva’s Jattas(Matted Hair Locks) originate the mighty waters of heavens on planet Earth.

The beginning phrase from the Shiva Tandava Strotam which was created by Demon King Ravana in the praise of Lord Shiva states this allegory. The first stanza starts like this.

I have a very deep interest in Lord Shiva, whose head is glorified by the rows of moving waves of the celestial river Ganga, agitating in the deep well of his hair-locks.

This is simply an interpretation that we can derive from the sacred Shiva Tandava Strotam.

So, for the devout, it is not about the highest or the mightiest mountain but about consciousness that fills spirituality in the heart of the faithful.

Every devout Hindu wishes he or she could do Mount Kailash Yatra in their lifetime. 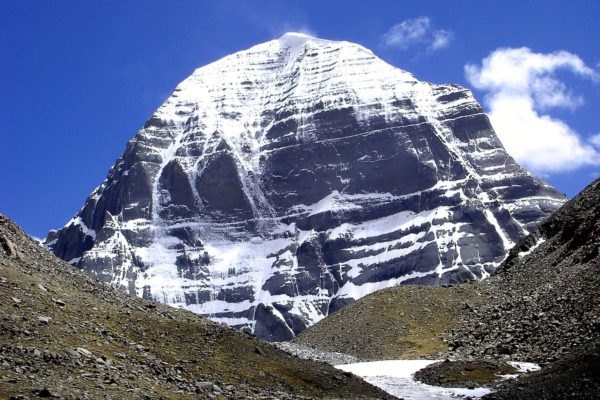 Disclaimer: All images from the internet

About the Author / Dushyant

I am an engineer by profession who loves traveling, trekking, motorcycling and reading. Trying to know about this world as much as I can.
←

Previous Story
Lepakshi Temple : Every Stone Has a Story to Tell
→

Next Story
How to prepare authentic Parsi Sali Keema

This article is the continuation of Part I and here is all the information required for a person to take up this fabulous expedition of...

Mansarovar Kailash Yatra is one of the most difficult and challenging journey in the world. This sacred land is visited every year by...