Is Litchi causing the Mysterious epidemic in India? 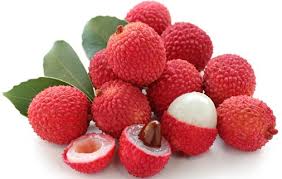 Litchi – Are they causing problem to growers?

According to the reports by the US Centers’ for disease control and prevention, a toxic which is found inside the litchi may be the reason behind the mysterious and fatal diseases that have affected the children of Muzaffarpur in a drastic manner since 1995. As we all know, Muzaffapur is a known for its litchi fruit production in Bihar. It has also affected its neighboring districts in the action. This link between the disease and litchi is being predicted taking into consideration the mass production of litchi in this area.
The CDC and Indian National Centre for Disease Control (NCDC) have carried out a series of investigation in 2013 and 2014. The report said that “Clinical and laboratory findings in 2013 suggested a non-inflammatory encephalopathy possibly caused by a toxin”.
Low blood glucose was recorded on admission and it was seen that 44 percent of cases were fatal. The investigation carried out in 2014 suggested the fact that a toxic may have been involved in causing the exposure and there was no evidence of any infectious etiology. Moreover, the time when the disease outbreak was seen coincides with the time of the harvesting season of the litchi in Muzaffarpur.
The illness was identified as hypoglycemic encephalopathy and confirmed that it is necessary to evaluate the toxins that existed in the environment so that the real cause is known. Moreover, methy enecyclo propylglycine (MCPG) found in litchi seed was associated with the cause as it is known to cause hypoglycemia in animal. About 133 children were admitted in the hospitals of Muzaffarpur who suffered from acute seizures and delusional mental illness. It was recorded that nearly 71 % of people were from Muzaffarpur and the rest were of neighboring districts. Low glucose level was the common study among those who died. The CDC stated that “The 2013 and 2014 Muzaffapur investigations indicate that this outbreak illness is an acute non-inflammatory encephalopathy”.
These factors led to the conclusion of involvement of litchi in this disease. It is very important to find out a stable result as children are dying in process.

Next Story
EBOLA: A Fatal Threat to Humanity