EBOLA: A Fatal Threat to Humanity 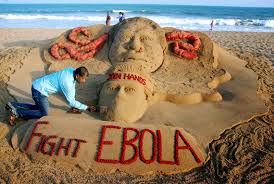 Ebola – A Threat to Mankind?

You must be familiar with this word “Ebola”, as it has caused a lot of trouble all around the globe and turned out to be the biggest nightmare for few researchers and scientists. Referred to as an epidemic, Ebola is causing a severe damage to human efforts and its cure is yet to be determined. Ebola Virus Disease (EVD) or Ebola hemorrhagic fever is a cause for fatal outcomes for human health. This virus spreads through animals to human by various means of exposures. Moreover, it is likely to spread among humans via human to human transmission. There are several cases till now in which people could not be saved. Moreover, some people get exposed to this virus without even knowing it. So what’s so peculiar in this disease, making it so subtle to figure out its cure? Let’s find out! 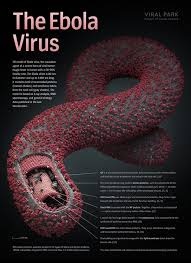 Studies have shown that the first outbreak was observed in the rural areas of central Africa, but recently, both rural and urban areas of West Africa are most affected by it. The average fatality rate observed in EVD is 50%. This disease has so emerged that no licensed treatment has been found for treating it. But science has no limits, and it is deemed that soon a cure will evolve to neutralize the Ebola virus.
This virus traces its origin back from 1976, when it was first observed in a village near Ebola River and it was named after it. It wasn’t so prevalent back then, but now since March 2014, it has emerged as a biggest threat to human existence. The most disturbing factor of this virus is that it is spreading among countries and all over the globe and researchers are puzzled as they haven’t seen such a complex virus without any loophole.
It is believed that fruit bats of Pteropodidae family were the initial hosts of the Ebola virus. It spreads to humans through direct contact involving blood, body fluids, organs, etc. of the infected animals like fruit bats, chimpanzees, monkeys, gorillas which are found dead in the forest. After animal to human transmission, it spreads among humans through the blood, secretions, or any clothing etc of the infected people. Many health workers who didn’t take precautions initially were infected with this virus due to direct exposure. Moreover, people were also infected in the burial ceremony where they had direct contact with the deceased person. This infection remains in the body with the infected fluid like semen and breast milk and in some cases it may remain in the semen even after recovery.
Its symptoms start soon after the incubation period that is from 2 – 21 days. After that, initial symptoms include sudden fever, fatigue, sore throat and muscle pain. These symptoms are followed by rashes, impaired kidney function, vomiting, discrepancies in the liver, diarrhoea etc. Moreover, the white blood cell count decreases inside the body with elevated liver enzymes.
Its diagnosis is similar to malaria, meningitis, etc. which shows common symptoms after infection. But the confirmation of the EVD is made after some peculiar investigations like serum neutralization test, electron microscopy, virus isolation by cell culture, antigen-capture detection tests, etc. which confirms the presence of this virus. The samples taken by the patients are handled with utmost care as it is hazardous and pose a possible threat to the laboratory doctors.
When we talk about its treatment, there is no specific treatment for Ebola, but it can be controlled by controlling the symptoms. Moreover a series of products and immune therapies are under evaluation and two vaccines paving their way to human testing. There are various precautions which can be taken to restrict the spreading of this disease, but one must be careful in dealing with the victims as human to human transmission is most common. When we talk in the context of India, very few cases have come into existence and airport authorities are very cautious referring to this issue. Special care cells have been designed to handle the suspicious cases. Viruses like these pose a great threat to the human race very often, but we are stubborn! And sustain the immense strength required to deal with it.

Previous Story
Is Litchi causing the Mysterious epidemic in India?
→ Next Story
Andaman and Nicobar Islands – The Best Honeymoon Destination