Kolkata – The City of Heritage 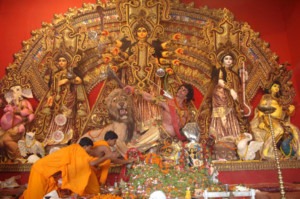 Kolkata city (or Calcutta for those who like the old name better), which in its reality, represents life in India. From the hustle-bustle of daily life in it to the subtle romance induced in the air, Kolkata is a city that has it all. And being a cosmopolitan city, as the former capital of India and the state capital of West Bengal, rest assured, you would not have any problem with accommodation, no matter your budget (it’s possible to stay in the city for as low as 250 INR a day if you know where).

Bengali culture is literally incomplete without food. We Bengalis are as much in love with our food as we are with festivals (more of that later). People often say that Hyderabad is the place to go to if you want to have biriyani. Well, Kolkata has some thoroughly good fare as well. You have to leg it out though. In fact, there are very few cities in the world like Calcutta, India which offers such a wide variety of cuisine for a food lover. For those who want to try out a quiet pub evening, head for Olypub at Park Street. It is a piece of heritage of the city you will be coming out with.

Other places include Golbari, a small eatery at Shyambazar Panch Matha More (5 point crossing), and the roadside eateries at New Market and Hatibagan for a thoroughfare in both vegetarian and non-vegetarian food. But whatever you do, DO NOT miss Fuchka. You will find vendors selling them on the roadside. And believe me when I say this (more than 25 years of personal experience talking here!!) that unless you taste the spicy and tangy flavor of Fuchka at Gariahat, you would have missed something.

The Festival of Kolkata

For Bengalis, there is only one definitive festival, or rather The Festival, Durga Puja. It usually happens during the months of October to November (the thing follows the Bengali calendar, which sadly has no connection whatsoever to the Gregorian one). If you do happen to be in the city during the festival, I have only one piece of advice for you- “Brace yourself”. It is one of the busiest festivals in the world.

During the 4 to 6 days of the festival, the population of the city becomes five times its usual volume. People from all over the world pour in to see Pandals or places where the Durga idols are kept. Rest assured that if you are brave enough to weather the crowd, you will be delighted to find a real creative treat due to the clubs hosting them trying to win prizes offered by various organizations. Of course, there are places around the city famous for various other festivals like the Kali Puja of Barasat and the Jagadhatri Puja of Chandernagore (Hinduism has a total of 330 million deities after all!!).

From time immemorial, Kolkata city has been one of the major seats of learning in India. If you are the type that would like to soak up on the old world culture, definitely visit the University of Calcutta at College Street, aptly named due to the number of sprawling campuses on the stretch. While there, do check out the Presidency College, one of the best colleges in the country for higher education. Please do pick up some books while you are here.

If you haggle right, you can get good books at throwaway prices. Kolkata is also house to IIM Calcutta (Indian Institute of Management, which, I dare say, has one of the toughest entrance exams in the world).

Calcutta is a city that has a life of its own. Get up early and go down to the nearest tea stall at the corner of the road and you will find the usual garrulous Bengali who will swear to this. From the cricket at Eden Garden to the Howrah Bridge at night to the river Ganga flowing through the city or even the Park Street Cemetery, Kolkata is a city unlike any other in the country. You will find people haggling for their Hilsa fish in the fish market, striving to save 2 Rupees, yet the same people giving up hundreds at a puja as an offering to the deity for feeding the poor.

And talking about deities, do visit the Kalighat Temple and the Dakshineswar- the first, easily reachable via the in-city metro and the other via trains or using the riverway. Personally, I prefer Dakshineswar as it is more relaxed and open. A word of caution though- “Be wary of fraudsters”. Tourists to the city often get duped unless they are careful.

And while you leave holding a can of the sweet Rosogolla (native Bengalis like me, prefer the fresh variety of the white delicacy from local shops to the canned ones), do remember, Kolkata is the city which will forever keep pulling you back, for it will leave you with a nostalgia which is very hard to get rid of.

Calcutta has places ranging from simple hotels to 5-star affairs. You can try Taj Bengal, ITC Sonar Bangla, The Oberoi Grand, or contact someone in the city for a local stay. The best way is to get a local person to help you. Check up on the internet for more information about these places.

Go for the hand-pulled rickshaws for an authentic Bengali way to travel or try the Tram if you want to laze your afternoon around, snaking your way through the city. For those interested in a more efficient way, find the nearest Metro Rail station. And finally, for the more adventurous types, try the bus or the local trains. But do not blame me for getting out of breath and giving up on the first try (I still find it hard to travel with these at times despite being a full-blown Bengali). Taxis are widely available as well.

Like most other places, Kolkata is a hot and humid place. So the best time to visit would be November-December. You can also catch a glimpse of Christmas in the city at Park Street which comes alive during the season.

Next Story
Authentic Recipe for South Indian Vada and Chutney 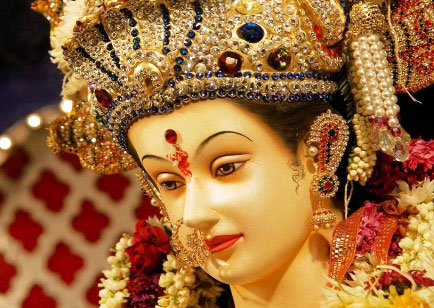 It is Navratri festival time! Festival of sweets, colors, social gatherings for nine days! Navaratri celebration is not limited to only...

Fish Curry and Rice Bengal feels incomplete without its traditional everyday dish of fish curry that they have with bhaat or rice. Although...

Netaji Subash Chandra Bose was one of the most prominent National Leaders of India. The brave man is like a one man army, had been a great...

One Reply to “Kolkata – The City of Heritage”