One arrested for threat call to Air India city office 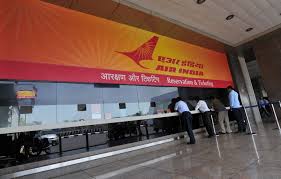 The Kolkata police’s Task Force & detective department had to launch investigations into the possibility of a Kandahar-style hijack threat after an Intelligence Bureau gave an alert. This was the aftermath of a  threat call to Air India city office. The NSC Bose International Airport also had its security beefed up after it was apparent that an Air India flight that was heading to Kabul Afghanistan was under threat. Security personnel were thenceforth ordered to screen all the passengers properly before they could take any flight.

The National Security Guard Black Cat Unit has been stationed at the Delhi IGI Airport and the general security checks having been increased. The number that the Air India Kolkata office got the threat call from, on Saturday, is being tracked by a special team that was set up comprising of detective department and STF officials. Air India City booking office received the call at around 5.40 PM on Saturday and subsequently lodged a complaint with Bowbazar Police Station.

“After a complaint was lodged with the police yesterday, STF and detective department have been jointly looking into the case. Security has been tightened in the Air India office,” a senior police officer said.

The Dog Squad is staying vigil and is putting its services both around and within the terminal buildings and the luggage manually checked. The taxi stands together with the nearby areas are also being kept at tab by the police.