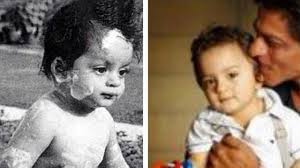 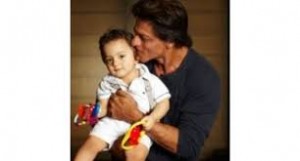 The movie has got much hype and Bollywood Badhshah’s fans are eagerly waiting for the release of the movie. Another interesting news is making rounds in the Bollywood. King Khan’s one year old bundle of joy is making appearance in the movie along with his mother Gauri Khan.

Though Gauri Khan and SRK’s elder son Aryan have made on screen appearances earlier, this is the first on screen appearance for AbRam. He was kept away from the cameras till recently. Only very recently SRK’s fans got to see the little one. Now he is hitting the big screen. One more attraction of the movie Happy New Year which is going to hit the screens very soon.

Happy New Year, the Farah Khan directed movie has svelte Deepika Padukone and Abhishekh Bacchan in the lead roles. Jackie Shroff, Bomman Irani, Sonu Sood and Vivan Shah are also in the caste. Coming from the Yash Raj Film banner, the music is scored by John Setwart Eduri. The movie is hitting the screen soon with all these attractions. Will it write a success story? Wait and watch. 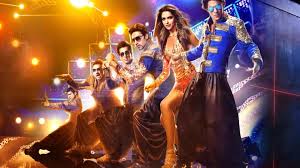 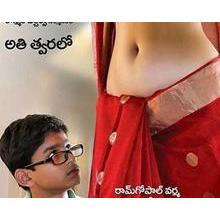 Next Story
Sachin Tendulkar and Rahul Dravid Playing in Pakistan?